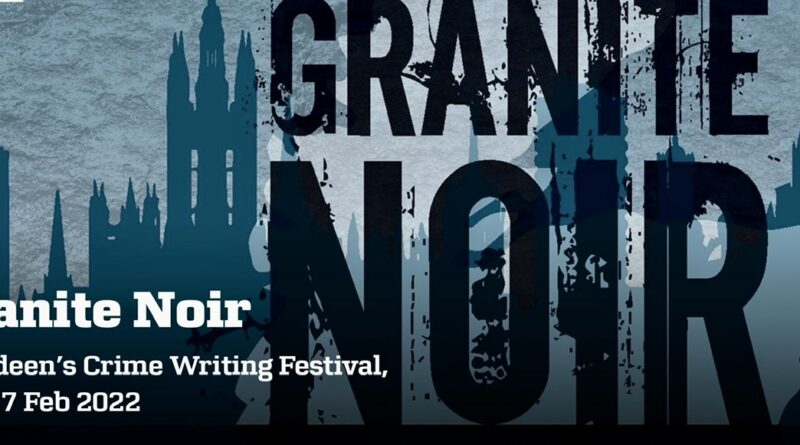 The sixth outing of Granite Noir, Aberdeen’s International Crime Writing Festival, came to a close last night with organisers delighted with the success of the Festival, which returned to Aberdeen with a packed programme of sold‐out, live, in‐person events, workshops and performances. Granite Noir enjoyed an attendance of almost 7,000 together with an additional 3,000 visits to the Grit in the Granite exhibition at the Music Hall and Lemon Tree. The enthusiastic Aberdeen audience was swelled by visitors from as far afield as Germany and Ireland while visitors dropped in from all over the UK ranging from London, Liverpool and Lincoln. Audiences for the seven events which were livestreamed online tuned in from Norway, Switzerland and Canada making it a truly international event.

In addition to a wide range of crime fiction events audiences enjoyed escape room activities, a fast and furious adaptation of The Hound of the Baskervilles and a rousing closing concert of criminal tunes from the BBC Big Band.
The Grit in the Granite, a free exhibition in The Music Hall and Lemon Tree which shone a light on the darker side of Victorian Aberdeen with documents and photographs drawn from the Aberdeen City and Aberdeenshire Archives, attracted national attention.

Granite Noir is produced by Aberdeen Performing Arts on behalf of partners Belmont Filmhouse, Aberdeen City Libraries and Aberdeen City & Aberdeenshire Archives. Aberdeen Performing Arts Chief Executive, Jane Spiers said: “It has been wonderful to see so many people out enjoying our first ‘in person’ Granite Noir in two years, and to welcome viewers to our live streamed events. Last year’s virtual festival showed us that the sky is the limit with people tuning in from all corners of the world, but there is only one place for Granite Noir and that is right in the heart of Aberdeen.

*
“The granite sparkled all weekend as we welcomed international best‐selling authors, Scotland’s finest and the very best emerging home‐grown talent from right here in the North East. It was wonderful to reconnect and to feel the sense of community that we’ve missed so much over a packed weekend of author panels, films, escape rooms, exhibitions, theatre and music. We are so happy to be back. A huge thank you to our authors and audiences who joined us in Aberdeen from across the UK and Europe to make it so memorable!”
Granite Noir 2022 is supported by Aberdeen City Council and Creative Scotland and EventScotland. Councillor Marie Boulton, culture spokesperson for Aberdeen City Council, said: “

It’s been fantastic to have Granite Noir back in person as it were after last year’s digital hiatus and it just goes to show you can’t keep a great festival down! The Granite City’s crime writing festival goes from strength to strength and has now become a firm part of Aberdeen’s cultural calendar, much anticipated by fans and writers across the globe.
This year we had yet another wonderful line up of personalities and events from the classic Hound of the Baskervilles to the contemporary with Scottish writers, Nordic Noir masters as well as emerging talents like Faridah Àbíké‐Íyímídé, new genres like Lagos Noir and new – and unique – venues such as our historic Kirk of St Nicholas churchyard which played host to Witch Hunt, the dramatic depiction of the city’s 17th century witchcraft persecutions.

“Throw into the mix some fascinating exhibitions and talks such as The Grit in the Granite and classic examples of Noir cinema like Humphrey Bogart’s In a Lonely Place and you really do have a festival with something for everyone. We are already looking forward to welcoming the World back again next year to Granite Noir 2023, which I’m sure will be as amazing as this year’s event”. 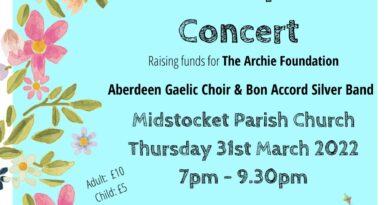 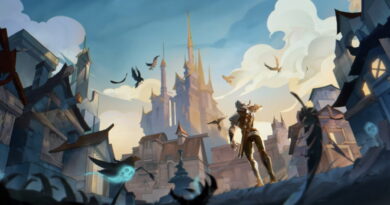 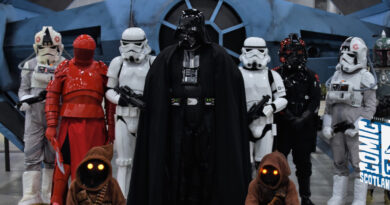 Monopoly Events is to bring Comic Con To Aberdeen.