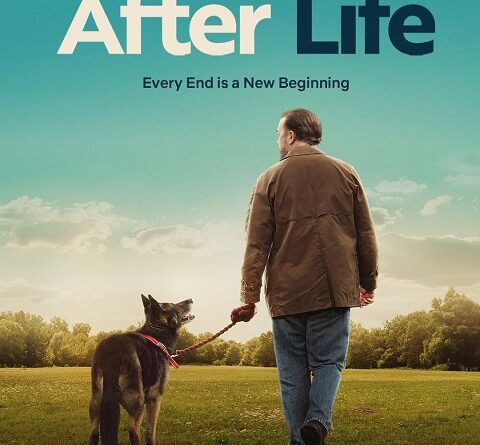 I’ve often been sceptical of people who’ve grandly announced to the world how certain movies or TV programmes in some way ‘saved them’ or ‘provided inspiration and/or solace in a trying time’. I always knew art could inspire, it can excite and yes at times it can provide some element of solace – The Beatles Abbey Road album for example never fails to tick all this boxes. But can a TV programme, a comedy, do that too? Well, maybe.

The one TV series that has come close was season 2 of After Life. I had lost my father just a month before the show season aired and as soon as I realised (spoiler alert) that Ricky Gervais’s character was also going to lose his I almost turned it off…..the pain was too much, too recent. However, I carried on, and thank god I did. Rarely has a television resonated so much in dealing with the loss of one’s dad in a way that was done here. The emotional intelligence, the authenticity and yes, the humour also that surrounds such occasions was done in such a thoughtful and considered way. Genius.
So bring it on for season 3, Ricky. No pressure to live up to the previous season, not at all.

It’s the final season of After Life and Tony (Ricky Gervais) is still desperately mourning the loss of his wife, Lisa. Will he ever truly embrace the future if he can’t let go of the past? Watch After Life (Season 3), Only on Netflix, January 14.

See the trailer below;

In the meantime you could do what I’ve been doing and catch up with the first two beautiful seasons.

Tony (Ricky Gervais) had a perfect life. But after his wife Lisa dies, Tony changes. After contemplating taking his own life, he decides instead to live long enough to punish the world by saying and doing whatever he likes from now on. He thinks it’s like a Super Power — not caring about himself or anyone else — but it turns out to be tricky when everyone is trying to save the nice guy they used to know.

AFTER LIFE is a Netflix original series from Derek Productions. The six-part series is created, written and directed by Ricky Gervais. Charlie Hanson is producer and Ricky Gervais and Duncan Hayes are executive producers.

In series 2, whilst still struggling with immense grief for his wife, we see Tony try to become a better friend to those around him. Each grappling with their own problems and only to be intensified by the looming threat of the local newspaper being shut down.
Will the town’s local Am-Dram show lift everyone’s spirits?

AFTER LIFE is a Netflix original series from Derek Productions. The six-part series is created, written and directed by Ricky Gervais. Charlie Hanson is producer and Ricky Gervais and Duncan Hayes are executive producers.

We always love to hear from the foolhardy souls who listen to our podcast or visit the website, so feel free to send any views, comments, questions, criticisms (hopefully not), or outright proclamations of love and adoration in the comments section below or directly via the 5D Website at 5d-blog.com.
Also, if you would like to subscribe for free to receive email newsletter updates from 5D then just complete the ‘Subscribe’ section on the 5D Website. 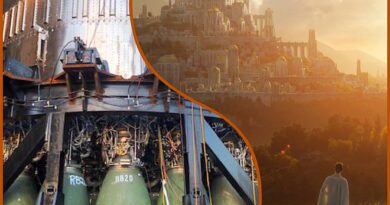 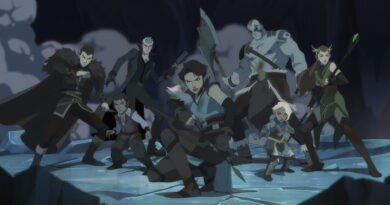