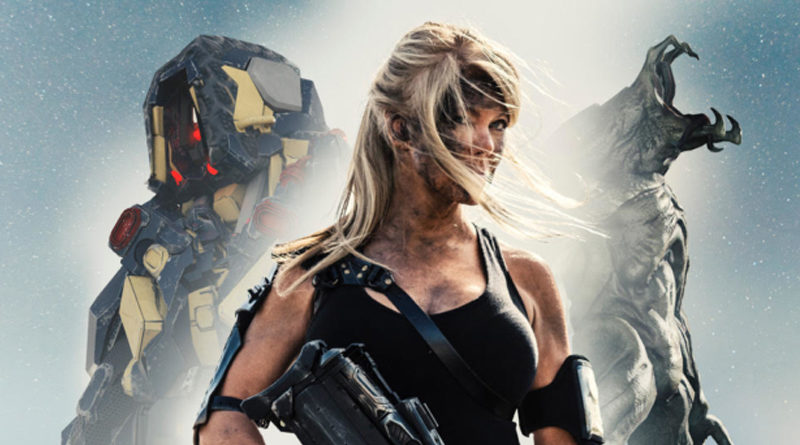 Some rather exciting news dropped yesterday when it was announced by those good people at thisfunktional.com that Age of Darkness: Evolution War is to become a series!

The news had originally broke a couple of months ago that acclaimed Director (and fellow ex-Boscombe boy) Neil Johnson was slated to direct the upcoming Sci-fi feature film, Evolution war later in the year. This was something that immediately made this here blogger very, very happy, because one of my favourite directors, together with a group of actors I have been lucky enough to be able to get to know just a little over the last couple of years, had pulled the proverbial fast one with one of the best kept secrets of 2018. Now they have done it again!

Those familiar with my ramblings here on the 5D website and the 5D YouTube channel will be fully aware of my love for Neil’s previous Sci-fi feature, the outstanding Rogue Warrior: Robot Fighter (2017).

If you wish you can read my musings on the director and his film RIGHT HERE. Thanks to the wonders of the modern technological world I have been lucky enough, via the 5D YouTube channel, to video chat with Neil about his career as a filmmaker. Not only that, but this led to conversations with the extremely talented and ridiculously gorgeous Tracey Birdsall (Sienna from Rogue Warrior: Robot Fighter), the fabulous and lovely Marilyn Ghigliotti  (from Neil’s Alien Armageddon and Kevin Smith’s Clerks), Daz Crawford (from Rogue Warrior, Agents of Shield) as well as the incredible talent herself, the gorgeous Brooke Lewis (Neil’s Starship Rising). Just click on any of those links to watch the video conversations with those most excellent people – just ignore my ugly mug in the corner as I aim to ask them questions and be all professional-like (failing miserably of course).

For those of you not in the know – ROGUE WARRIOR: ROBOT FIGHTER is a complex science-fiction actioner described as Mad Max meets Star Wars. Written by Neil Johnson, the science fiction film is set in the distant future depicting the overthrow of humanity by artificial intelligence on Earth and other worlds. Starring are Tracey Birdsall, William Kircher (The Hobbit), Daz Crawford (“Agents of S.H.I.E.L.D.”), Stephen Manley (Star Trek III), and Marilyn Ghiggliotti (Clerks).

As Tracey herself told me herself some time ago;

“Rogue Warrior is a journey – a complicated, exciting, excruciating journey… The relationships are deep and multi-layered, every cast member is skilled and on point, most of the film is practical including the effects where possible (and most of the robots), the arcs and the curves of this film are very much a deep drama delved into a science fiction film – like you’ve never seen before in this genre.”

I’ve never been a screaming blonde. No thank you very much. I very much lead with my talent in everything that I do. What you look like just gets you in the door. A movie like Rogue Warrior (any movie to me actually) can’t be cast on looks. When you watch a movie, you have to be drawn into the character and that’s not a reality with looks……..Whether you’re male or female (we’ve found out), you will relate with Sienna’s character: you will cheer for her, laugh with her (and at her), cry for her, have angst for her and revel in her.”

And do you know something? The lady isn’t wrong because Rogue Warrior was a genuinely exciting and intelligent science fiction story.

I’m not trying to sound all big-headed (I know, there’s always a first time I hear you say!) but I must admit that I had been privy to a few details about the continuation of the story of the Rogue Warrior: Robot Fighter (2016) for a little while after chatting with director Neil Johnson, Tracey Birdsall and another acting member of the Johnson acting crew, the fabulous William Kircher. Even now I’m unsure just how much I can divulge for various reasons – the main one being that Neil made it quite clear that any gossiping on my part would result in a “visit from the boys” and an opportunity “to sleep with the fishes”

Now, I may not be the worlds most intelligent man  but I know what I am (to quote The Kinks), and that is an out-and-out coward……… Neil did suggest that Age of Darkness: Evolution War would be set in the same Universe as Rogue Warrior (confirmed in the piece by thisfunktional.com) and may, or may not, be a direct sequel. Tracey too on more than one occasion had talked to me about the exciting and gruelling filming schedule for the project.

Perhaps the most interesting responses I had about the project was with actor William Kircher a few weeks ago. William kindly gave up some of his time and took my on a tour of the Hollywood hills as we video Skyped – You can see the conversation on the 5D YouTube Channel right here.

It was all going swimmingly well as we chatted a little more about his role as Bifur in The Hobbit, his new role in an incredible short thriller ‘Lake’ and some general reminiscing about The Six Million Dollar Man action figure (I kid ye not). That is until I asked him about whether he was going to be acting for Neil Johnson again and whether he would be appearing in any potential sequels to Rogue Warrior – to say his response was enigmatic, evasive and non-committal would be an understatement! Well I have news for you Mr. Kircher – if the pictures from the thisfunktional article and the images now passed on to me by Tracey Birdsall are anything to go by, well your secret is out!!!!

I for one cannot wait to see the results of Age of Darkness: Evolution War series, as she said to thisfunktional;

“Since I’ve been with  this  story  idea  from  the beginning of Rogue Warrior how could I not want to be a  part of it? The stakes are much higher, the action is off the charts, and the characters have such depth. It’s exactly the type of project I yearn for.

It’s In post-production now, and set in the Rogue Warrior universe, we are incorporating Sienna (and a whole new realm of characters) into a bigger series of adventures. This isn’t a sequel; moreover, a broader, epic storyline. It’s a television series (release details coming soon), along the lines of Game of Thrones…where  the stories, characters, and situations evolve deeply and develop intensely over time.

This project has gone off the charts in size…The Season One story arc is named Evolution War and will  span approximately 5-6 episodes with running time of approximately 45 minutes per episode.”

Hopefully more news about Age of Darkness: Evolution War will come from 5D at some point in the near future………. as soon I wake up from sleeping with the fishes………. For now just take a look at some more amazing images.

In the latest 5D Podcast episode we talk about the Sci-fi proof of concept film Apocalypse Now Now, some chat about US filmmaker, Tony Wash. After that its all systems go with chat about the recent The Walking Dead season 9 trailer and some favourite Denzel Washington movies.

If you you want to comment or provide suggestions then do so via the contact page on 5d-blog.com & we’ll feature them! 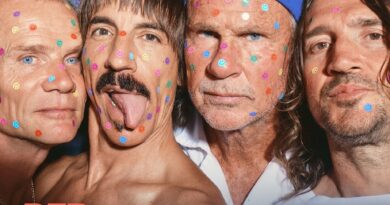 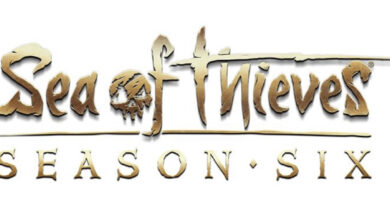