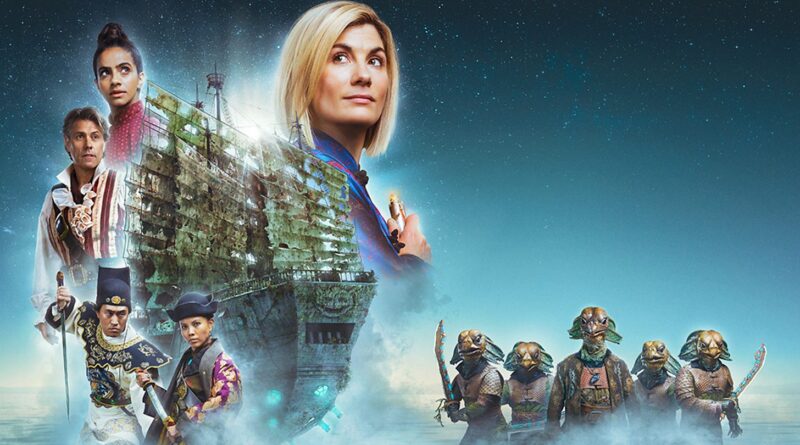 In a swashbuckling special adventure, the Doctor (Jodie Whittaker), Yaz (Mandip Gill) and Dan (John Bishop) come face to fin with one of the Doctor’s oldest adversaries: the Sea Devils. Why has legendary pirate queen Madam Ching come searching for a lost treasure? What terrifying forces lurk beneath the oceans of the nineteenth century? And did Yaz really have to dress Dan up as a pirate?

Legend of the Sea Devils is the second in a trio of specials airing in 2022. Jodie Whittaker’s final feature-length special will transmit in autumn 2022 as part of the BBC’s Centenary celebrations.

Legend of the Sea Devils airs on BBC One and BBC iPlayer on Sunday April 17.

What can audiences expect from this special?

We’re a few centuries off where the Doctor was aiming for and we stumble across a period in history that is a first for the Doctor Who universe. The TARDIS knows that it’s going to China so Yaz and the Doctor have prepared appropriately for it but Dan gets a bit of a bum steer and his costume is all wrong! It’s a Pirates of the Caribbean style sci-fi, action adventure that marries historical characters with Whovian characters with a really brilliant high octane Doctor Who adventure.

Did you enjoy stepping onto set – we heard the ship was impressive?

Yeah, it was amazing! The art department worked night and day to create a really extraordinary set and I think it’s the biggest one that we’ve worked on. We walked into an incredible pirate ship – it has so many different levels, it was really epic. It has so much depth and detail and also I think it was one boat that ended up being three different ones and in the episode, you can tell that the art department have worked so hard for that to go completely unnoticed.

How was it to find out the Sea Devils were coming back, with Craige Els as the Chief Sea Devil? How did they match up to other Doctor Who creatures you’ve come up against?

I was really pleased to be working with the Sea Devils! It’s always good to work with creatures from the Doctor Who universe. This is a hat trick for me now with Craige Els! Me and Craige were in a play called Antigone at the National with Chris Eccleston – now it’s a trio of Whovian cast. I spent the entire time with Craige saying “What did you say?” because of the mask! I think they were less familiar to me so it interesting to see Craigs Els’ interpretation because obviously he’s playing a very different kind of Sea Devil than we’ve seen before. Because of the costume and the restrictions of the mask it meant that Craige’s lines were recorded so that added complication to it but as far as the look of it, it looked great! I think an acting thing must have been incredibly challenging for Craige but once again he brought an incredible characterisation and smashed it.

How was it working with the brilliant guest actors?

On this episode we got to work with some really exciting cast. Crystal was absolutely brilliant. And also I think, Madam Ching as a character was such a great character. I think Crystal is an actress throws herself into things 100%. She’s amazing, as is Craig, Marlowe and Arthur (Lee) – we had a really contained cast. There was obviously more than that but for us it was a kind of ensemble feel as were together all of the time.

Crystal’s energy was brilliant – she was never tired – she was running around, jumping off things, swinging off things, fighting, memorising lots of lines and at no point does she ever stop smiling. She’s such a wonderful person to have on set and it was really was lovely. And I think the dynamic between her, Arthur and Marlowe was great too. What was lovely was that Marlowe was at the very beginning of his career and that’s always really exciting as well, to work with people that are starting out and Doctor Who plays a part in the start of their professional life as an actor. Working with our Director Haolu (Wang) was absolutely brilliant too, I loved getting to work with her for the first time – her energy and personality really shine through in this episode.

We heard Marlowe is a big fan of Doctor Who?

Marlowe is a Whovian and his knowledge of Doctor Who far surpassed mine! There was a scene where I couldn’t say one of my lines and it was a very specific scientific term. I just kept getting this word wrong and he would stand next to the camera and slightly mouth it to me as I did it. It really should have been roles reversed – I should have been helping him out because he has just started but he was always helping me out!

Can you tell us about your stunts/action scenes in this episode?

There was a scene where I needed to slide down the ship but the thing was the ship didn’t have a side on it, it was really high! The team’s issue was the fact that there was no other side so if I did topple over the other side it would have probably been quite a dramatic day at work, but I was absolutely adamant (to do it). When I did it was actually really controlled but I didn’t know if it looked as good as I really thought it was going to but I was really proud of it. With sword fighting I was really nervous as I had not done it since drama school and then when we ended up rehearsing it, it was just like choreographing a dance and as soon as it was like that I could do it and I really enjoyed it.

How was your new costume?

There wasn’t as many tweaks being made to it throughout filming – I didn’t get to hang out with my wonderful dresser Ian as much as I’d like to as once this costume was on it was on! What always seems to happen on Doctor Who is you wear a thick heavy material in summer and a thin t-shirt in winter, so I was really sweaty but that was not down to the look – I felt I looked a million dollars.

How does it feel as we get closer to the big centenary special?

It’s interesting because time wise, it’s such a long time off (before they air). What’s great about the standalone episodes are that if you do watch it now and then you watch another episode in autumn, you don’t need to rewatch it to understand what’s happening in the next one. They are great standalone individuals stories, that obviously marry all of my seasons together, build on relationships and things like that. But they are also these individual set pieces that can be dipped into and watched without the context of the rest of the show, which I think is really important. It shouldn’t exclude viewers and or may you feel like you need to go back and do homework to watch something! 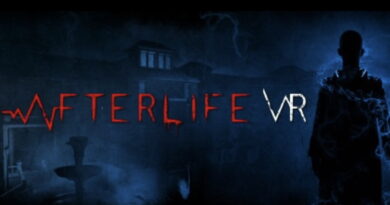 Afterlife VR Launching on Steam Early Access on May 13 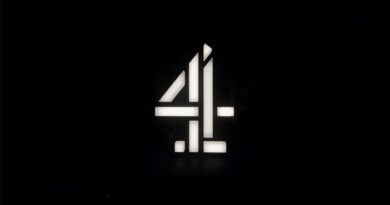 Star Wars: The Force Unleashed for Nintendo Switch on April 20