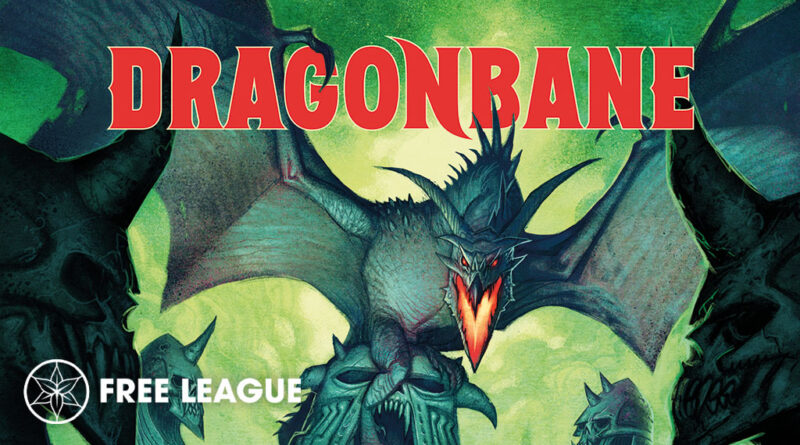 Drakar och Demoner was originally launched in Sweden in 1982. Now, Free League celebrates its 40th anniversary with a brand new and reimagined edition, with one foot firmly planted in the heritage of decades of Swedish tabletop roleplaying gaming and the other in the modern and innovative game design for which Free League Publishing is known worldwide.

“Drakar och Demoner is part of the DNA of Swedish tabletop roleplaying, and we’re thrilled to offer our version of this legendary game to an international audience,” says lead designer and Free League CEO Tomas Härenstam.

There has been talk about the “Swedish invasion” in the RPG world in the last few years, with award-winning titles like Vaesen – Nordic Horror Roleplaying, Tales From the Loop, Forbidden Lands, Mutant: Year Zero, Symbaroum, and MÖRK BORG. Drakar och Demoner is the roleplaying game that started it all. And now, for the first time, the game will also be available to an international audience, under the English title Dragonbane.

The team of contributing writers include the elite of the Swedish tabletop RPG industry as well as acclaimed historical fiction author Niklas Natt och Dag (1793 The Wolf and the Watchman).

For a glimpse at the fantasy odyssey to come, Free League has teased new artwork from the upcoming core boxed set. More details about Drakar och Demoner / Dragonbane will be shared via Free League’s social media accounts throughout the weeks leading up to launch.

Drakar och Demoner / Dragonbane is a classic fantasy RPG full of magic, mystery, and adventure. This new edition is designed from the ground up to facilitate fast and furious play, with very little prep time and adventures that are a breeze to run.

Although a toolbox allowing groups to tell fantasy stories of all kinds, Drakar och Demoner / Dragonbane is a game with room for laughs at the table and even a pinch of sillyness at times – while at the same time offering brutal challenges for the adventurers.

Free League call this playstyle “mirth and mayhem roleplaying” – great for long campaigns, but also perfect for a one-shot for players who just want to have some quick fun at the table for a night. The core set will include at least one complete adventure and we hope to unlock many more as stretch goals, offering a complete campaign to play even in the core game set.

The Kickstarter pre-launch page for Drakar och Demoner / Dragonbane is now live, allowing everyone to sign up to be notified the moment the campaign starts.

Johan Egerkrans is a critically acclaimed illustrator and author and he is one of Sweden’s most popular contemporary illustrators. Johan has worked as a professional illustrator and concept artist for more than two decades, producing artwork for books, games, comics and films.

In recent years, he’s picked up writing as well, and has written and illustrated a number of hugely popular books including: Vaesen about scandinavian folkloric creatures, Norse Gods about, not surprisingly, the Norse gods and The Undead, which sinks its teeth into the lore of vampires and revenants from across the Globe. In the latest book, he locks horns with the greatest monster of them all – Dragons.

In addition, Johan has worked on covers and illustrations for a number of internationally acclaimed authors such as J.R.R Tolkien, Astrid Lindgren and Isaac Bashevis Singer. Links:
www.johanegerkrans.com
www.facebook.com/johanegerkranspublic
www.instagram.com/johan_egerkrans_illustrator

Niklas Natt och Dag (b. 1979) debuted as an author with the historical literary novel 1793 The Wolf and the Watchman. Natt och Dag himself has an undeniable connection to Swedish history, being a member of the oldest surviving noble family in Sweden.
Link to author page

5D Press Release: Jamie Bernadette to direct “The Desecrated Ones” 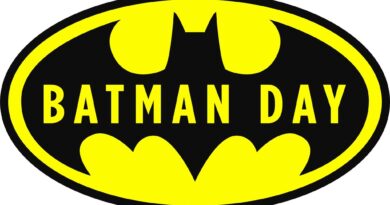