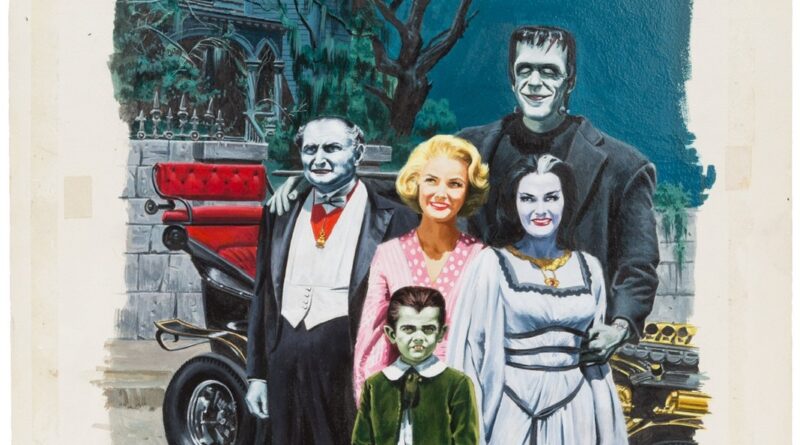 DALLAS (October 11, 2021) — “The Munsters continue to haunt me,” producer Kevin Burns told the Los Angeles Times in 2002, explaining his lifelong love affair with the spooky ’60s sitcom that lasted but two seasons. At the time, the newspaper wondered why the Emmy Award-winning Burns, best known for producing History Channel’s Ancient Aliens and Netflix’s Lost in Space reboot, had amassed the world’s largest collection of Munsters props, memorabilia and merchandise. To which he responded with a simple, sincere answer: “It’s important to get back to being a child every once in a while.”

Burns, who died last year of cardiac arrest at 65, amassed a collection that ranged from the astonishing to the downright fantastic, and included everything from Grandpa Munster’s electric chair to Lily Munster’s gown to Eddie Munster’s suits to every available copy of every bit of Munsters merch ever manufactured, from comic books to board games to bubblegum cards. If something appeared on the set or had the Munsters images or name on it, Burns had to have it – multiple copies, if and whenever possible.
“It was a unique passion,” says Joe Lessard, Burns’ partner at Prometheus Entertainment, where the two produced popular and acclaimed series such as Ancient Aliens and The Unexplained with William Shatner. “He was just so visually enamored of what The Munsters looked like. It inspired him. And he was on the lookout for things you couldn’t find – maybe not the most obvious things, but what he considered the ‘grail’ items.”

The sprawling assemblage, which took over Burns’ Los Angeles home and spread to several storage facilities, has been the subject of countless media stories and the envy of every Munsters collector. Until now it has remained out of reach except to close friends – among them Eddie Munster himself, Butch Patrick – who were lucky enough to be granted access to the world’s largest Munsters collection outside of 1313 Mockingbird Lane.

That changes in November, when, from Nov. 5-7, Heritage Auctions will offer Monsters & Friends: Featuring the Kevin Burns Collection.
“This auction will allow other people with that passion, that intangible love, to have a chance to take these things home too, which would please Kevin,” says Lessard. “It’s like Forrest Ackerman, editor of Famous Monsters of Filmland, once said: Collectibles speak to the child and say, ‘Take me home, little one.’ And I think this is everyone else’s chance to take home that thing they love.”
Appropriately, Burns’ love affair with The Munsters began with its debut in September 1964, when he was a 9-year-old growing up in Niskayuna, N.Y. As the Los Angeles Times noted, young Kevin watched the CBS-TV series “religiously” and began “obsessively drawing characters from the show.” As Burns told the paper of his Thursday-night dates with the horror-movie family on Mockingbird Lane, “My parents didn’t know what to do with me.”

It was young Kevin’s mother who encouraged her son to turn that passion into a pursuit: She told him to send his drawings to Herman Munster actor Fred Gwynne, himself an accomplished artist. Gwynne responded with a postcard thanking Kevin for the drawings.
“I slept with this postcard for weeks,” Burns told the Times. “When Herman Munster is acknowledging your existence, that is it.”
And that was that: A lifelong love affair was born. It wasn’t long before Kevin’s room began filling up with all things Munsters, from comic books to toys to puzzles to puppets to masks … and on and on. Two other series would deeply impact and influence Burns, Lost in Space and Adam West’s Batman. But nothing quite left the impression made by The Munsters, which was promoted as “a situation comedy with a family that resembles famous movie monsters,” as The Dallas Morning News reported in February 1964. “The gimmick is that they think they’re just plain folks next door.”

After he’d hit every toy store and comic rack, Burns expanded his collecting to Film Collectors World, which launched in 1976 and was stuffed with ads for movie collectibles. After cleaning out collectors looking to part with their Munsters masks and games and photos and memorabilia, there was no room for Burns in his room.
Not surprisingly, his passion for The Munsters extended to Universal Pictures’ beloved monsters and the landmark magazine that celebrated them: Forrest J Ackerman’s Famous Monsters of Filmland, which began publication in 1958. In time Burns and Ackerman became close, and the producer wound up with some original Famous Monsters cover paintings – all by Basil Gogos, whose renderings of cinema’s scariest creations would become iconic and coveted by filmmakers and rock stars. This auction features three Gogos originals: Elsa Lanchester as The Bride of Frankenstein, Boris Karloff’s The Ghoul and, of course, a Herman Munster commissioned by Burns.

Burns received his master’s degree in 1981 from Boston University’s College of Communication upon completion of his 23-minute documentary I Remember Barbra, in which he gathered the memories of the singer’s Brooklyn neighbors. Once a collector, forever a collector. The film, which is still available on Amazon Prime, received a documentary achievement award for student filmmaking from the Academy of Motion Picture Arts and Sciences.
As Variety noted upon Burns’ death in September 2020, “throughout his career, Burns amassed more than 100 production credits, in addition to more than 30 writing and directing credits.” He won two Emmys – a primetime nod for Biography, and a daytime award for producing Hollywood Rocks the Movies: The 1970s. He made TV about everything from Star Wars to Playboy.
He rebooted his long-beloved Lost in Space for Netflix. And he raised the Poseidon for another adventure with director Wolfgang Petersen.

But, always, there were The Munsters, the family Burns could never leave behind. In fact, as Lessard notes with great pride, Burns didn’t merely collect props and merchandise. He became close friends with the actors, among them Pat Priest (who played Marilyn, the normal niece) and Butch Patrick. He helped take care of Yvonne De Carlo – the actress best known as Lily Munster (and Moses’ wife in The Ten Commandments) – toward the end of her life. And he helped Grandpa Munster himself, Al Lewis, open his restaurant Grampa’s Bella Gente in New York in 1987.
In fact, it was at the grand opening of Lewis’ Italian eatery where Burns met Butch Patrick. The two shared a three-hour car ride back to Boston, where Burns was teaching film school. He had invited the boy once called Eddie to speak to his class. It did not take long for Patrick to realize his new friend’s love affair with The Munsters.

“It happened pretty much when I went to Boston. I stayed at his place and crashed on his couch,” Patrick says. “He said, ‘Be careful, you may wind up in the crisper [in the refrigerator]. It turned out he had all these Munsters masks in the fridge.” He laughs at the memory.“Kevin manifested joy in those objects,” Lessard says of his producing partner’s love affair with The Munsters, whether it was original art for magazines or a target game on which he would spend several hundred dollars. “He was always talking about how the digital age was annoying because everything was becoming intangible. He loved stuff, things you could hold and look at.”
And love, whether as a young boy perched in front of the television or as a grown man making TV shows.
“In the end, you just couldn’t ask for a better person to wind up with this stuff,” Patrick says of his late friend. “He wound up with some key pieces, like the electric chair, because he felt it would be safeguarded by him. But Kevin got most of the stuff simply because he enjoyed looking at it.” 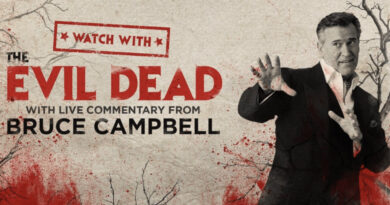 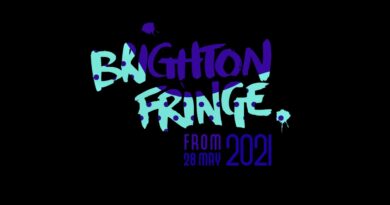