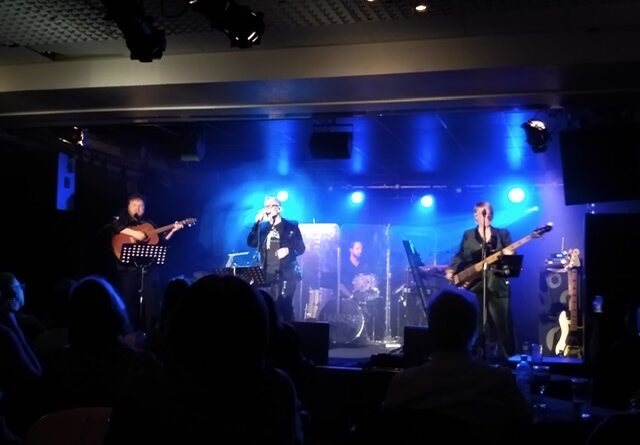 Arriving in the Lemon Tree Lounge I was delighted to find it was laid out with tables and chairs – not just because it was my third night out in a row and I was flagging and a seat seemed very attractive, but because I love this format.  I’ve only been to one other concert with tables and chairs in the Lemon Tree, which was Emma’s Imagination way back in 2013.  It just gives such a relaxed, intimate feeling, with the added benefit after the pandemic of feeling much safer than being pressed up against people!
Anyway enough about furniture arrangements!

Supporting Horse’s special tour is The Eves from Edinburgh.  I had never heard of them, and indeed when I met them at the end they said that is a common reaction, and this is such a shame as they are wonderful musicians as well as lovely ladies!  Their set included Love Will Find You, a song they wrote for a friend who felt quite disillusioned with love.  They also did a fabulous version of Bronski Beat’s Smalltown Boy.  Unusually they have a song about being the one that breaks someone’s heart by breaking up with them, a totally different perspective.
They also performed their new single Big Love, well worth listening out for.

After a short interval the music changed and the band came onto the stage and took up their positions.  There was a small build up before Horse McDonald herself came out in a spectacular sparkly suit.  This tour is celebrating 30 years since her first album The Same Sky came out, although thanks to the pandemic delaying everything we’re now 32 years on!

Horse performed the album in order, with a lot of chatter in-between about meeting Tori Amos, the bands’ medical dramas recently and other more amusing stories!  The lady knows how to talk, and it made for a super experience, even she commented that it was like we were all just in her lounge (“no that isn’t an invitation”!).

Horse McDonald thinks that Never Not Going To should have been a single; she dedicated Breathe Me to herself as she took another draw of her inhaler; she sang Careful to her Mum before she passed away; a reviewer has said she has “muscular vocals”.  By the end of the night it was not a band playing to an audience, it was an all inclusive kind of event – and even more so when The Eves returned to the stage for the encore.
What a party, what an atmosphere, what a night!

The new Horse single is called Leaving and is available now from all streaming sites.  This is her moment, and you want to be part of it, to quote the marvellous singer/songwriter “I’m ready”. 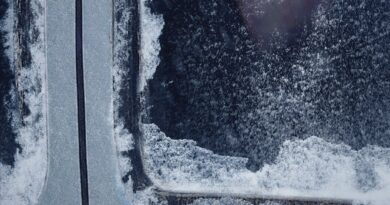 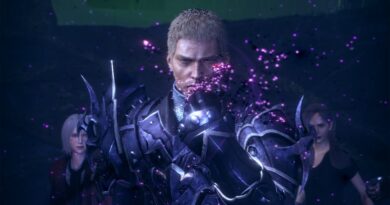 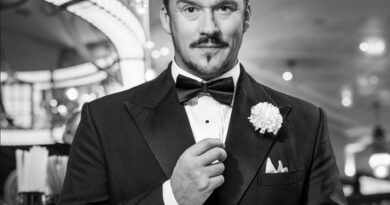