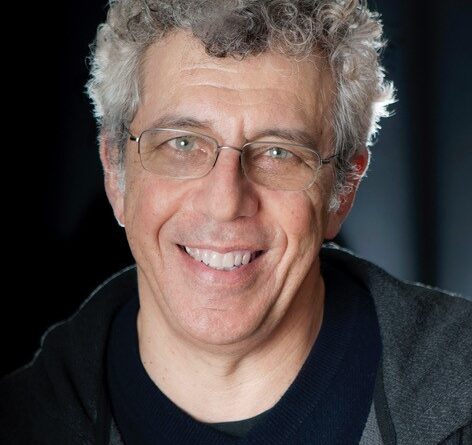 Eric Bogosian (“Talk Radio”) has been cast in the upcoming series Anne Rice’s Interview with the Vampire in the role of “Daniel Molloy,” an investigative journalist nearing the end of his career who’s given a second chance at the interview of a lifetime.  Based on Anne Rice’s iconic and bestselling novel, the series follows Louis de Pointe, Lestat De Lioncourt and Claudia’s epic story of love, blood and the perils of immortality.

“In 1988, I hit my mom up for money three times to see Talk Radio in the movie theaters. I count Eric Bogosian as one of the half dozen artists who made me want to do this for a career.  He is, for me, the dented car fender of the American Soul and I can think of no better actor/writer alive to play this role.  I’m in total frothing geek mode about his casting,” said Jones.

Bogosian is best known as a playwright, novelist and actor. He wrote and starred in the play “Talk Radio” (NY Shakespeare Festival, 1987; on Broadway starring Liev Schreiber, 2007), for which he was nominated for a Pulitzer Prize and the Tony Award.  For his film adaptation of the play, Bogosian received the Berlin Film Festival “Silver Bear.” His six solo performances Off-Broadway between 1980 and 2000 (including “Drinking in America”, “Sex, Drugs, Rock & Roll” and “Wake Up and Smell the Coffee”) received three Obie awards and the Drama Desk Award.  In addition to “Talk Radio,” Bogosian has written a number of full-length plays including “subUrbia” (LCT, Second Stage, also adapted to film), “Griller” (Goodman), “Red Angel” (Williamstown Theater Festival), “Humpty Dumpty” (The McCarter), 1+1 (New York Stage and Film).  He is also the author of three novels, “Mall,” “Wasted Beauty” and “Perforated Heart” and a novella “Notes from Underground.” In April 2015, Little, Brown published “Operation Nemesis” Bogosian’s non-fiction account of the conspiracy that targeted and assassinated Turkish leaders responsible for the Armenian genocide.

As an actor, Bogosian has appeared in numerous films and television programs, most recently starring in the Safdie brothers film, Uncut Gems as well as featured roles in the HBO series Succession and Showtime’s Billions.  He starred in Robert Altman’s The Caine Mutiny Court Martial, Oliver Stone’s Talk Radio, as Travis Dane in Under Siege II, as Eddie Nash in Wonderland and as Captain Danny Ross in sixty episodes of Law & Order: CI. In 2010, he appeared on Broadway opposite Laura Linney, Brian Darcy James and Alicia Silverstone/Christina Ricci in “Time Stands Still.”

Bogosian is a recipient of Guggenheim and NEA fellowships. He lives in New York with his wife, director Jo Bonney. Go to 100monologues.com for more.

The Anne Rice catalog AMC acquired last year includes The Vampire Chronicles Series: “Interview with the Vampire,” “The Vampire Lestat,” “The Queen of the Damned,” “The Tale of the Body Thief,” “Memnoch The Devil,” “The Vampire Armand,” “Pandora,” “Vittorio the Vampire,” “Blood and Gold,” “Prince Lestat,” “Prince Lestat and the Realms of Atlantis,” and “Blood Communion: A Tale of Prince Lestat;” The Lives Of The Mayfair Witches Series: “The Witching Hour,” “Lasher,” “Taltos;” and The Vampire Chronicles/The Lives Of The Mayfair Witches- Crossover Novels: “Merrick,” “Blackwood Farm” and “Blood Canticle.” 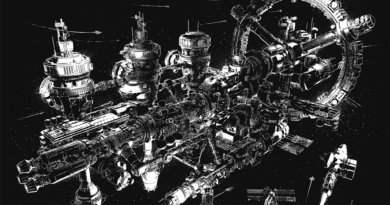 Welcome to a Collapsing Universe: DEATH IN SPACE RPG Announced 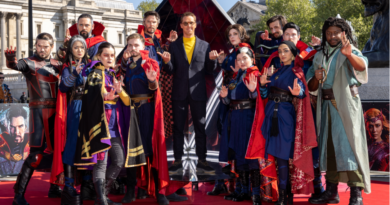