Costume designer Kate Hawley and production designer Ramsey Avery were thrilled to join a talented team of creators and artists for Lord of the Rings: Rings of Power, Prime Video’s sprawling fantasy series.

“Rings of Power,” with a price tag that reportedly could hit $1 billion both for the rights and the production of a planned five seasons, is the most expensive television series ever produced. The overall arc tells the story of J.R.R. Tolkien’s Middle-Earth in the Second Age, thousands of years before the Third Age of the Peter Jackson-helmed “The Lord of the Rings” film trilogy. The first season introduced viewers to elves, dwarves, orcs and Harfoots one of three hobbit races) during a time of prosperity and relative peace.

When Avery first sat down with showrunners J.D. Payne and Patrick McKay, they had several design goals. “A lot of high fantasy is stylized. It doesn’t feel like people can live there,” says Avery. For “Rings of Power,” they wanted to evoke some of the same feeling of the film series. “You want to be able to have the same type of grittiness and sense of a real place.”

Another essential part of the planning involved prioritizing practical sets over VFX. Rather than placing the actors in front of greenscreen environments, Avery says the mission “was to build as much as we possibly could either through finding locations and adapting the locations or building enough scenery that the actors felt like they were in the world.”

From grand cities to small villages, the realm of Middle-earth and surrounding lands started to take shape. Kate Hawley and her team created around 2,000 costumes, a process that began with the Harfoots, who, in the Second Age, were more nomadic than their descendants who eventually settled the Shire. Hawley equates them to “our pagan ancestors,” adding, “They share our fear of the dark. Being nomadic, they were quite elemental in this landscape.” To find the right look for the Harfoot costumes, Hawley “traveled the foothills of the mountains, [creating] garments that were woven [for] their clan that could cloak them from night. Like wild animals, the idea was that they could get by just sitting still to avoid detection from perceived enemies to blend into their environment.”

To achieve the right tones and shades, the team used vegetable dyes, berry stains and soot, materials that would actually be available to these characters if they were real.

Avery and his team considered the Harfoot environment. “They were always about fitting into nature. So the idea of how the Harfoots’ clothing fit into nature had to then expand to how their carts and their set dressing and the world they lived in also fit into nature. And that meant we had to find a location to figure out what the nature was.”

Many of the Harfoot scenes were filmed in outdoor spaces such as forests and meadows, styled with whatever they would be able to carry in their carts and wagons.

From rugged landscapes to ancient cities, “Rings of Power” also introduces viewers to two places never before seen in their glory: Númenor, an island kingdom gifted to men by elves; and Khazad-dûm, a kingdom of dwarves deep inside the Misty Mountains. By the Third Age, both kingdoms fell into ruin, but in the Second Age, they are thriving.

Númenor stands tall and proud, an island tucked away from the outside world. It’s a beautiful place with flowing waters, grand canals and glittering buildings.

When contemplating what such a city could be, Avery found himself thinking of European infrastructure. “Strangely enough, the first image that popped into my head was in Germany; there is a freeway that goes underneath a canal. There’s this photograph of a barge going over this waterway, that’s a bridge of a waterway over the freeway.”

This concept of water management influenced the design of a city where water was a key and abundant element. To further support the concept, one member of the team, a designated “Tolkien expert,” confirmed that the author himself had referenced Venice as a kind of signpost for Númenor.

“That kind of gave me this sense of a three-dimensional Venice,” says Avery.” It’s no longer just on one plane, but that you want to stack up the hills.”

In considering the aesthetics of Númenor, Avery studied Sumerian and Babylonian architecture for their large scale, and brought in Minoan and Phoenician touches. In Tolkien’s lore, Númenor was built by elves and then gifted to men.

*
The idea was that its architecture would reflect both the elves’ immortality and man’s desire to create, which is brought on by their limited lifespan.

“How do you represent that?” Avery asks. “Everything about elves is vertical and organic, so men should become not that. It was about squares and rectangles and spheres and domes and power, all stacked up on top of it. So, there’s this sense of men constantly creating, which elves don’t do because elves have forever, and men die, so men have to be more creative.”

For both the set design and the costumes of the Númenorians, Avery and Hawley took inspiration from pre-Raphaelite artists, some of whom were Tolkien’s contemporaries. The costumes of Queen Regent Míriel (Cynthia Addai-Robinson) were inspired by painter Herbert Schmalz’s “Zenobia.” Hawley also reflected the shared heritage of elves and men in their wardrobes, drawing on Tolkien’s frequent references to nature.

“The elves reflect the innumerable stars, the water, born on shores of pearl,” she says. Nature also played a key role deep in the mines at Khazaddûm. Avery reflects on the setting Peter Jackson introduced, a place where the dwarves had dug “too greedily and too deep.” While Jackson’s fellowship would venture through those dying mines 1,500 years in the future, traversing collapsed bridges and decayed remembrances of a once-monumental place, Avery’s team imagined how Khazad-dûm could have looked in its prime, calling upon Gimli’s words in “The Two Towers,” wherein he describes the dwarves having such reverence for stone that they would make just one chip per day to respect its nature and power.

His research took him to the illustrations of concept artists Alan Lee and John Howe. Avery was particularly interested in “bits and pieces where the architecture was growing out of the stone or where you saw the stones still reflected within the architecture. Things weren’t perfectly finished. The basic idea is finding a fissure in the earth and how the dwarves would then respect the beauty of the stone in terms of the architecture.” Hawley reflected the environment in her costume design, saying, “The dwarves’ color palette reflected the fire from their forges and of their creator Aule.”

Another very specific touch, she adds, “Their clothes were dusted from the gold in their mines.” The worlds of the dwarves and elves come together through mithril, an exceptionally strong metal lighter than steel.

The introduction of mithril into “The Rings of Power” gave Avery an exciting opportunity to create the rings themselves. “It was the hardest thing that I did on this project,” he remembers. Talking with jewelers and metallurgists and looking to Celtic cultural traditions, the process for forging the rings took shape.

“We found this spectacular shield from a bog in Ireland. It had these interesting shapes that interlocked and had these three swirls so that if you pour the materials into here, and each separates out into its own area. Then you get a casting of the pure metal that you need for that, then you can take that metal, and now start to forge it into other rings’ shapes, which each ring then taking on its own characteristic.” 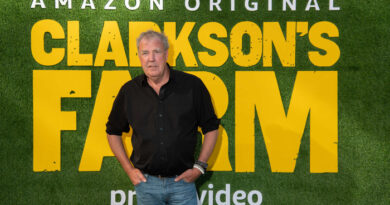 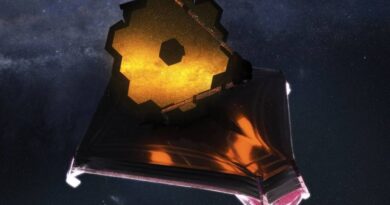