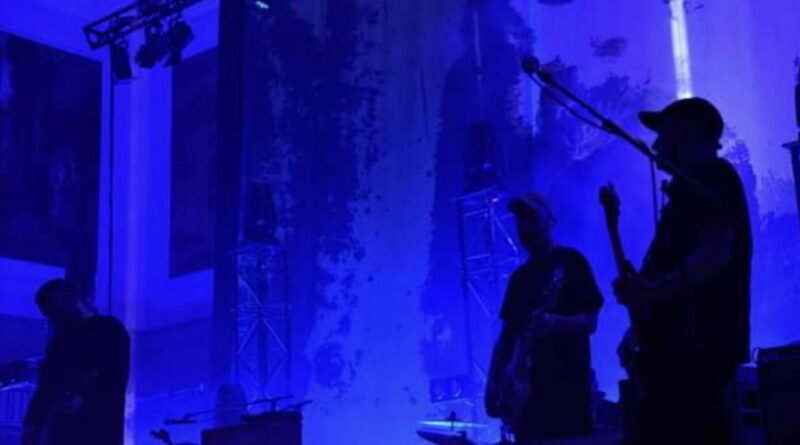 The support for the evening was Rev Magnetic, 3 guys andAudrey Bizouerne in a beautiful green dress with a red guitar.  Some good contrasts.  I’ve never seen a lead singer as confused as when someone in the audience shouted “fit like” in friendly Aberdonian Doric!  This band was certainly a unique experience, of talented musicians.  Trying to do something different and quirky, I especially enjoyed the female guitarist playing the glockenspiel for one song and watching her seems to light up the face of Luke Sutherland, the lead singer with the biggest grin!  He seemed thrilled with the whole evening, and had us all move forward so we were closer, whilst meanwhile the bass player stood off to one side in his own wee world with his hair over his face, concentrating on his beloved guitar.  Worth checking out their latest album Versus Universe.

This Mogwai tour follows Stuart Braithwaite doing a book signing tour for his autobiography: “Spaceships Over Glasgow: Mogwai and Misspent Youth”.  It is ahead of the reissue of Young Team / Come On Die Young in February next year.

Mogwai are certainly different, focusing on instrumental songs – I think we only had lyrics during two songs.  They create a cacophony of noise that assaults the senses.  With 4 guitars and a drummer their songs tend to build up until you are encompassed by the tune, the room turns into a collection of noddy dogs because you just cannot stand still – partly due to the floor throbbing with the beat!  Even the lights were unique, the first song Boltfor featured white lights pointed upwards so you had dots on the ceiling.  At no point were the band members spot lit, the lights were all about making funky effects not focusing on the music makers.

The band obviously know each other and their songs so very well from the way they play together; they go from one song to the next knowing the precise moment to change tempo or beat, as the audience is pulled along in the rollercoaster of music.  Luke Sutherland of Rev Magnetic joined them on violin for Christmas Steps, and again this was seamless (I even missed him appearing on stage, so caught up in the music!).

With the last song, My Father My King, I got to feeling that it was lasting for years, not in a bad way, it was 3 years perhaps, it just went on and on and then you got to the point that you were scared of the void that must come when the music would stop.  How would we cope without that all-encompassing volume?  It was like a beautiful tribal feeling across the whole room with everyone caught in that moment, caught in that piece of music.  As you looked around the nodding heads there were smiles, pounding fists in the air and other joyous expressions of appreciation.  There is nothing like the feeling of music played well, and that’s what Mogwai do, very well. 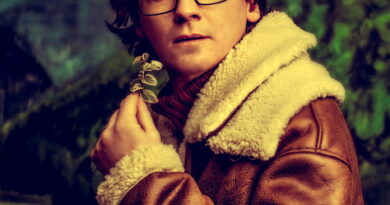 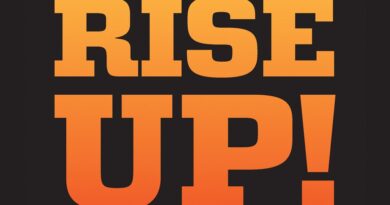