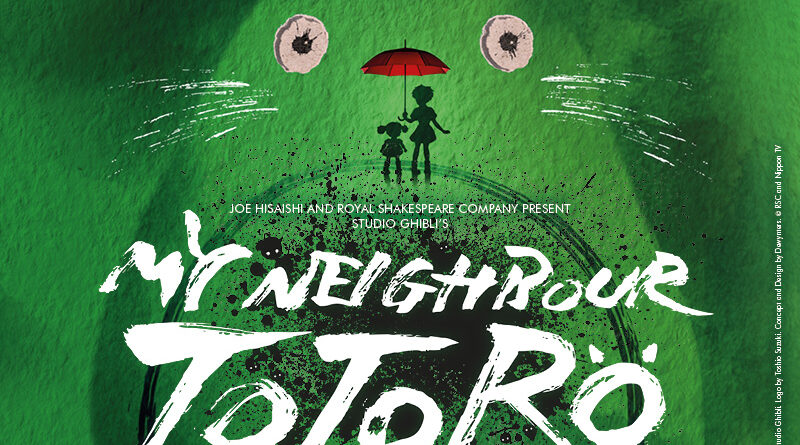 My family are all fans of the Studio Ghibli movies, and my favourite is definitely My Neighbor Totoro so when I heard that the Royal Shakespeare Company were bringing out a theatrical version, I was keen for us to go and unsurprisingly there were no objections.  As it is a “coming of age” story it seemed especially appropriate to go see it as part of the celebrations for my son turning into a teenager!

It was my family’s first visit to the Barbican and we were impressed with the design of the theatre itself, going down the stairs to the stalls you go through the door with your row letter and then the seat numbers are on each side of your seat so you can easily see it as you walk along. During the show, doors close at the end of each row shutting out the outside world. Ooh and the seats are big plush ones with a decent amount of legroom, most comfortable.

Joe Hisaishi the original composer of My Neighbor Totoro is still involved although this new adaptation is written by playwright Tom Morton-Smith.  His play Oppenheimer was just finishing when he was asked if he would consider a family show, and this story was the one that came to his mind first.

The show starts with “My Neighbor Totoro” on the curtain gaining a “u”, after all we are in Britain now so you need the correct English spelling!  This is the start of the magical puppets, which were designed by Basil Twist and made by Jim Henson’s Creature Shop.  They very much made the show, delighting the audience with each new appearance.  There were various requests that no photos were taken of Totoro and his friends, so that our friends could come and discover them for themselves, and accordingly the press photos released do not include them.

In line with this I will not say much other than admitting that I was worried how they would bring Totoro and the Cat Bus to life, as they are my favourite characters, but I utterly squealed with joy on seeing their stage versions, numerous times, much to the embarrassment of my teenage son. Oh, and watch out for the cheeky chickens!

The human actors are also amazing, the ladies who play the two daughters pull off their roles beautifully. Satsuki is played by Ami Okumura Jones whilst her younger daughter Mei is played by Mei Mac. The costumes add to the childish innocence these characters bring to the stage.  Another authentic Japanese touch was the use of Kuroko, the black veiled ensemble who were puppeteers and set movers as the scenes required. They brought their own spirited characters to the fore with occasional slightly pantomime slips…when a bus driver goes faster than the bus and has to drop back into it for example.  These giggles were a welcome break from the occasionally morose storyline as the girls’ mother struggled with her health in the hospital.
One of the themes of the story is how youngsters deal with the emotions of having a sick parent and realising they might not be there forever, something that most of us prefer to avoid facing in the real world.

The sets are breath taking, I absolutely loved that the orchestra featured on the stage. In keeping with the Japanese setting, and the story’s focus on the magnificence of trees, they are located in elaborate tree houses up above the back of the stage.  When they, or the singer, Ai Ninomiya, is performing they are spot lit.  Although Ai moves around, sometimes up with the orchestra, sometimes down on the stage, moving alongside the set and characters, integral to the story.

Some songs were in Japanese so felt fitting and scene setting, whereas others were in English, when the lyrics helped tell the story.Although I avoided other reviews before going as I didn’t want to suffer spoilers or be tainted by other people’s opinions (maybe a bit hypocritical for a reviewer to admit!) I did see that the show had already been awarded various 5 star ratings.  So, I’ll go for a different rating scale: yes, it was well worth traveling from Aberdeen for; yes, it was worthy of my son’s teenage celebrations; and yes, I’ve already told several friends they need to get down to London so they don’t miss out on such a fantastically magical experience.

Particularly in the current crazy world we live in, we all need to engage with the childhood ability to believe in woodland spirits and the belief that massive fluffy woodland spirits could really be out there.  You may not wish to run barefoot through the trees looking, but you should at least get to the theatre and lose yourself in the magic for a few hours.  #FindYourSpirit 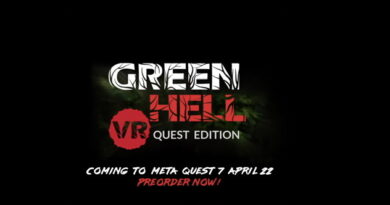