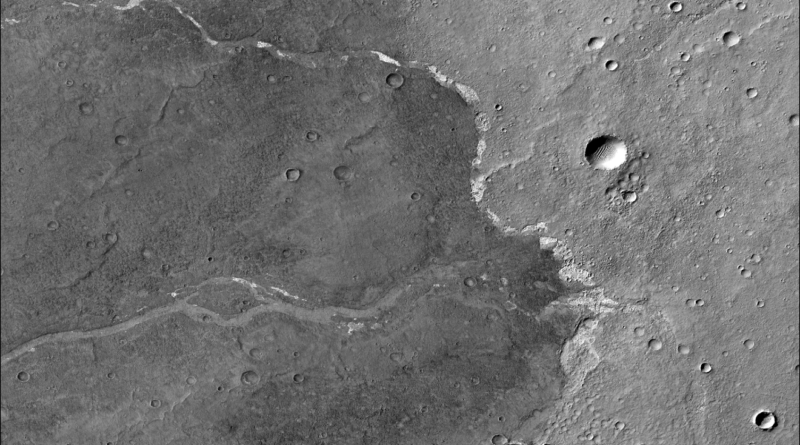 The cover photo….
NASA’s Mars Reconnaissance Orbiter used its Context Camera to capture this image of Bosporos Planum, a location on Mars. The white specks are salt deposits found within a dry channel. The largest impact crater in the scene is nearly 1 mile (1.5 kilometers) across. Credit: NASA/JPL-Caltech/MSSS

Caltech researchers used the Mars Reconnaissance Orbiter to determine that surface water left salt minerals behind as recently as 2 billion years ago.

Mars once rippled with rivers and ponds billions of years ago, providing a potential habitat for microbial life. As the planet’s atmosphere thinned over time, that water evaporated, leaving the frozen desert world that NASA’s Mars Reconnaissance Orbiter (MRO) studies today.
It’s commonly believed that Mars’ water evaporated about 3 billion years ago. But two scientists studying data that MRO has accumulated at Mars over the last 15 years have found evidence that reduces that timeline significantly: Their research reveals signs of liquid water on the Red Planet as recently as 2 billion to 2.5 billion years ago, meaning water flowed there about a billion years longer than previous estimates.

The findings – published in AGU Advances on Dec. 27, 2021 – center on the chloride salt deposits left behind as icy meltwater flowing across the landscape evaporated.
While the shape of certain valley networks hinted that water may have flowed on Mars that recently, the salt deposits provide the first mineral evidence confirming the presence of liquid water. The discovery raises new questions about how long microbial life could have survived on Mars, if it ever formed at all. On Earth, at least, where there is water, there is life.

The study’s lead author, Ellen Leask, performed much of the research as part of her doctoral work at Caltech in Pasadena. She and Caltech professor Bethany Ehlmann used data from the MRO instrument called the Compact Reconnaissance Imaging Spectrometer for Mars (CRISM) to map the chloride salts across the clay-rich highlands of Mars’ southern hemisphere – terrain pockmarked by impact craters. These craters were one key to dating the salts: The fewer craters a terrain has, the younger it is. By counting the number of craters on an area of the surface, scientists can estimate its age.

MRO has two cameras that are perfect for this purpose. The Context Camera, with its black-and-white wide-angle lens, helps scientists map the extent of the chlorides. To zoom in, scientists turn to the High-Resolution Imaging Science Experiment (HiRISE) color camera, allowing them to see details as small as a Mars rover from space.
Using both cameras to create digital elevation maps, Leask and Ehlmann found that many of the salts were in depressions – once home to shallow ponds – on gently sloping volcanic plains. The scientists also found winding, dry channels nearby – former streams that once fed surface runoff (from the occasional melting of ice or permafrost) into these ponds. Crater counting and evidence of salts on top of volcanic terrain allowed them to date the deposits.

“What is amazing is that after more than a decade of providing high-resolution image, stereo, and infrared data, MRO has driven new discoveries about the nature and timing of these river-connected ancient salt ponds,” said Ehlmann, CRISM’s deputy principal investigator. Her co-author, Leask, is now a post-doctoral researcher at Johns Hopkins University’s Applied Physics Laboratory, which leads CRISM.

The salt minerals were first discovered 14 years ago by NASA’s Mars Odyssey orbiter, which launched in 2001. MRO, which has higher-resolution instruments than Odyssey, launched in 2005 and has been studying the salts, among many other features of Mars, ever since. Both are managed by NASA’s Jet Propulsion Laboratory in Southern California.

“Part of the value of MRO is that our view of the planet keeps getting more detailed over time,” said Leslie Tamppari, the mission’s deputy project scientist at JPL. “The more of the planet we map with our instruments, the better we can understand its history.”

JPL, a division of Caltech in Pasadena, California, manages the MRO mission for NASA’s Science Mission Directorate in Washington. The University of Arizona, in Tucson, operates HiRISE, which was built by Ball Aerospace & Technologies Corp., in Boulder, Colorado. MARCI and the Context Camera were both built and are operated by Malin Space Science Systems in San Diego.

For more information about MRO: 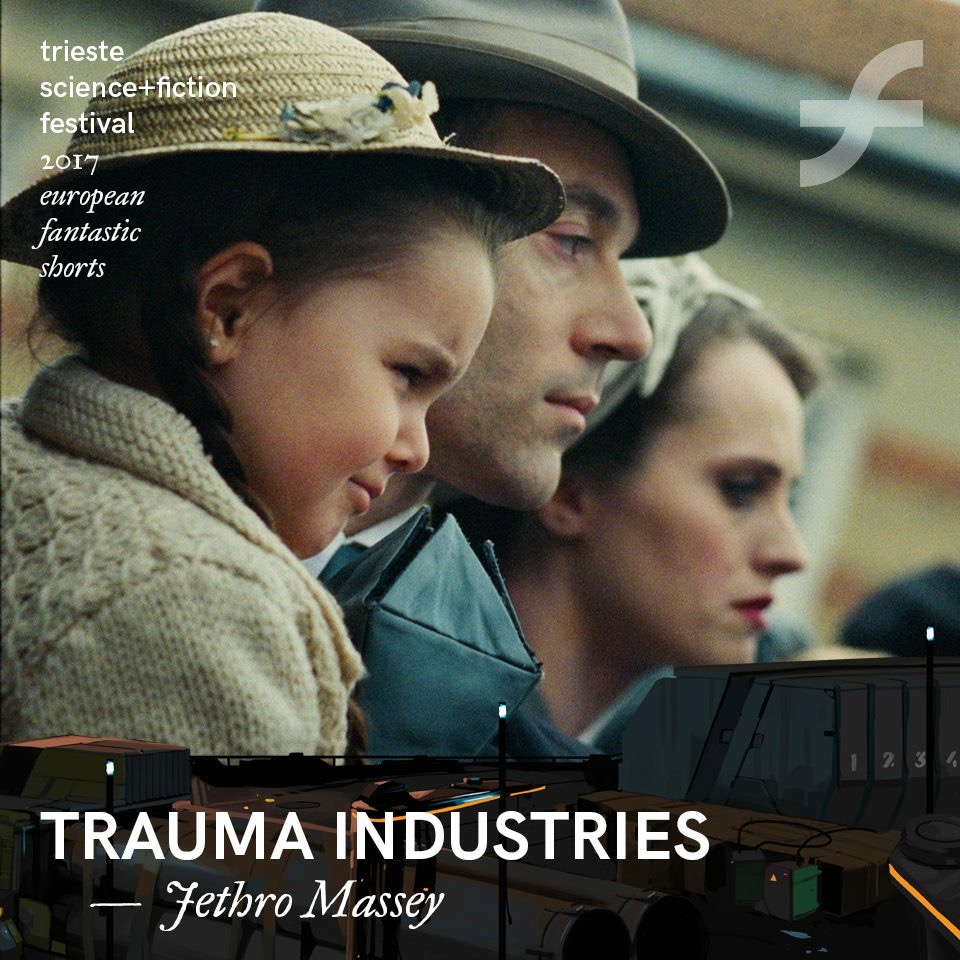 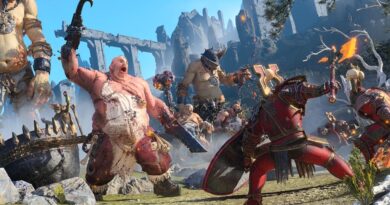 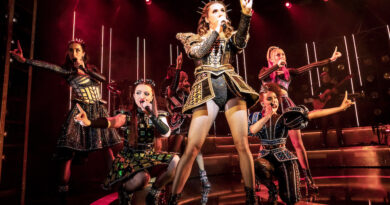