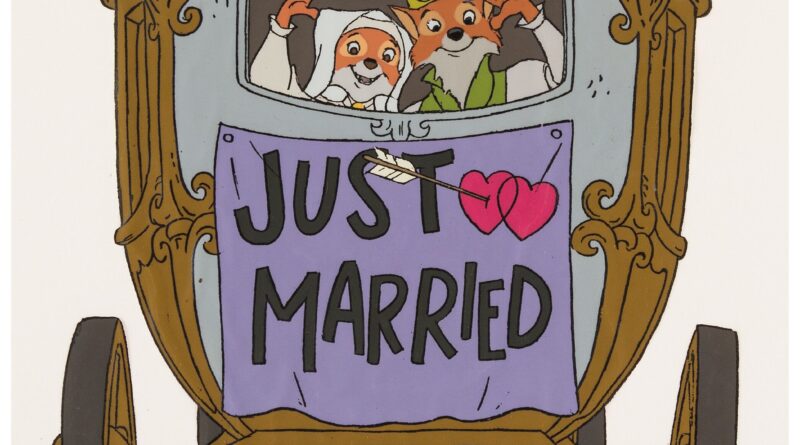 DALLAS, Texas (January 27, 2022) — From Sherwood Forest into your collection, one of the largest collections of original art from Disney’s 1973 animated feature film, Robin Hood, will be among the top attractions in Heritage Auctions’ Animation Art Signature® Auction February 4-7.

“Robin Hood is a beloved classic, one of the more popular of all Disney animated feature films, beloved for generations,” Heritage Auctions Vice President and Animation & Anime Art Director Jim Lentz said. “It is based, of course, on the animated English folk tale of the same name, in which Robin Hood, Little John and the residents of Nottingham fight excessive taxation. That effort included stealing from the rich and giving to the poor, shining a bright light on the desire to help those in need.

“This sale includes almost 50 lots from this magnificent film, including production cels, including hand-painted cels on Master and Key Master backgrounds, as well as animation drawings, storyboards, model sheets and more.”

Included in the trove of treasures from Disney’s 21st animated feature film is:

A Robin Hood Maid Marian and Robin Hood Production Cel (Walt Disney, 1973) is an exceptionally rare original production cel (estimate: $1,000+) from the final shot of the classic animated film. Featuring Robin Hood and Maid Marian as they ride off together in a carriage that blares “JUST MARRIED” across the back, this magnificent must-have piece has an enormous (8-3/4 by 8 inches) hand-painted image area on the 16-field cel, and bears a Walt Disney seal.
The assemblage of Robin Hood original art is one of the largest ever brought to auction, but Disney fans will find far more from which to choose in this exceptional four-day event, which includes more than 1,500 lots – nearly 1,300 of which are Disney-related, including an extraordinarily rare Shanghaied Mickey Mouse black and white hand inked nitrate Production Cel Setup on its hand-painted Key Master Backgroundthat has been called the “Holy Grail for Disney Animation Collectors.”

Among the extraordinary offerings from some of the most beloved animated films ever made are:

An Ariel Production Cel from The Little Mermaid(Walt Disney, 1989) is in such high demand that with a couple of weeks to go before the auction, more than 30 bids have poured in, driving the bidding to more than four times its $5,000+ pre-auction estimate. Seen in the 47th minute of the film, it captures Ariel marveling at her new legs, acquired in a trade for her singing voice so she can go on land to pursue Prince Eric. The hand-painted image of Ariel measures 6 by 6-1/2 inches on the production cel, presented in a Plexiglas fronted frame with a matboard aperture of 11 by 8 inches. The cel is presented on a printed background, and it displays a Walt Disney stamp in the bottom left corner.

More than 50 bids already have poured in for a Mary Blair Cinderella Castle and Coach Concept/Color Key Painting (Walt Disney, 1950). Blair is considered Walt Disney’s favorite artist and was among the driving forces behind the film’s stunning visual style. In this painting, Cinderella is swept off to the Prince’s ball in her magical, shimmering silver coach in a race against the clock, comfortable in the knowledge that the Fairy Godmother’s magic will reverse at midnight, so she is determined to make the night one to remember before it is too late. This painting depicts perhaps one of the most important moments of the film: the moment when Cinderella arrives at the Castle, beating all odds to live the night of her dreams; it also had a clear influence on the styling of Disney’s parks, including Walt Disney World’s Cinderella Castle. The film is widely regarded as one of the finest pieces of American animation to date, and it is preserved in the Library of Congress’ National Film Registry for its significance.

The Cinderella Castle and Coach Concept/Color Key painting is magnificent, but it is far from Blair’s only work in the auction. Other highlights from the Disney animation legend include, but are not limited to:

The auction boasts a selection of 23 Disney posters, among them a “Carousel of Progress” Disneyland Park Entrance Poster (Walt Disney, 1967). The attraction opened originally at the 1964 New York World’s Fair, sponsored by General Electric, before transferring to Disneyland, where it opened in 1967. Demand is high for this original, hand-pulled, silk-screened rarity (estimate: $5,000+) located in Tomorrowland. Ken Chapman is the artist for this poster, once given to one cast member by another: Lawrence Boag, whose father, Wally, was a friend of Walt Disney and the star of The Golden Horseshoe Revue.

Other top Disney posters include:

This extraordinary auction includes 154 lots from the Samuel Grabarski “Disney Goes to War” Archives, including 118 by Hank Porter, a “one-man designer of many emblems and insignias during World War II” whose work drawing Sunday comics for Disney included Snow White and the Seven Dwarfs and Pinocchio. But he made his name creating designs and insignias for the various branches of the military. Top insignia art lots from the archive include:

Images and information about all lots in the auction can be found at HA.com/7268. 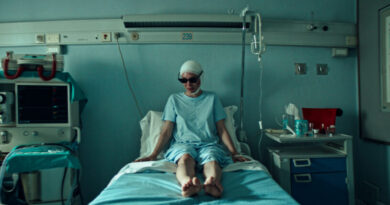 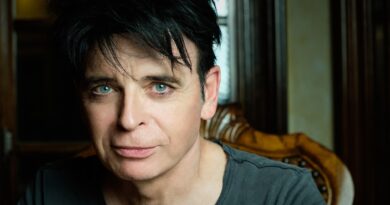