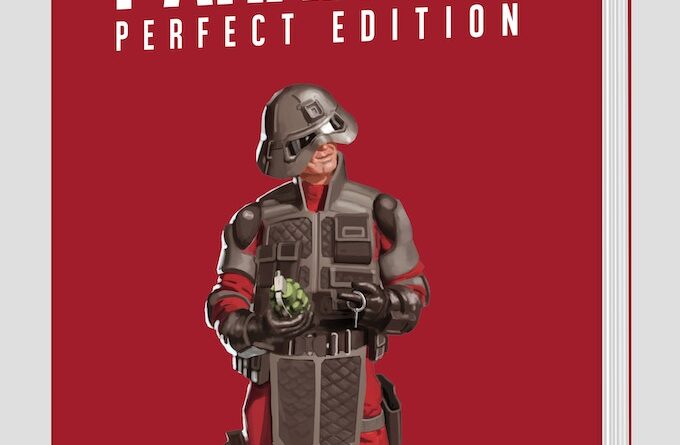 Full disclosure: This PDF was sent to us for an honest and objective review. No promises were made of financial remuneration, free gifts or holidays in the sunny Bahamas….sadly.

So the generous people at Badass PR & Mongoose Publishing have been good enough to send us here at 5DHQ a super-secret (ish) PDF preview of the new and upcoming, Paranoia: The Perfect Edition. We posted a recent article about the newly-launched Kickstarter campaign for the game and passed on the news that the initial numbers in terms of pledges was looking good. Well, me buckeroos, I can tell you that it’s doing just a little bit better than ’looking good’ because as of yesterday with 23 days days to go, they were currently 545.28% funded and still going strong!

I know what you’re thinking – if this crowdfunding malarkey is going so well, just why the hell do they need me to get on board with some spreading of the good news? Well my guess is that even my, ahem, expert analysis and legendary incisive dive into any product couldn’t harm the current juggernaut of a Kickstarter campaign.

Mongoose Publishing have made it clear that the preview, obviously, isn’t a final version of the book; there’s more proofreading to be done, more art to be included, and lots more text coming. It should, however, provide us a very clear and representative idea of where the new version of the funniest tabletop roleplaying game ever is headed.

Mongoose Publishing have promised that we get the full version here at the 5D Pop Culture Website as soon as it’s available, as well as the potential of speaking directly with the games creators in the very near future. Not only that, but we’ve been told that there will also be the opportunity to receive some copies of the finished game to use in a contest…….which is rather grand! So our advice hear is to bookmark, favourite or follow us her on the 5D Pop Culture Website in order not only to not miss out on future information, but also to ensure that you are in the frame for a nice competition prize!

Paranoia created controversy simply by being created. It took the traditional RPG tropes of cooperation, problem-solving and epic adventures against evil and turned them on their heads. Paranoia uses competition, problem-blaming and confusing missions against whatever you were told was evil: a villain, a convenient patsy or evidence of government corruption. Above all else, Paranoia is a roleplaying game that knows it should be fun and entertaining, so it focuses on those and not silly things like plausibility or internal consistency.

There is a good reason Paranoia is considered one of the funniest RPGs of all time, and not just by the people at Mongoose Publishing. Instead of playing epic heroes on noble quests to save yet another kingdom from yet another villain, you get to play scheming Troubleshooters with lots of ambition but very few smarts or talent. This is one of the few roleplaying games where failing is often more fun than succeeding. That works out great, what with PCs having almost no authority or common sense. This game features betrayals, Catch-22s and a whole lot more, all designed to help satirise targets across the political spectrum.

You play a Troubleshooter, which is like a volunteer fireman but for police, except it’s not voluntary and people hate you. You receive missions from everyone’s leader and best friend (as required by law), an AI called The Computer. Your job is to find trouble and shoot it. What kind of trouble? Mostly those declared traitors, which includes anyone with a mutant power or who belongs to an illegal secret society.

Oh, your character has a mutant power and belongs to an illegal secret society. So do the other players. And each of you has a laser pistol. Now, play nice! Or shoot each other in the back. That’s more likely.

Paranoia Perfect Edition is the core rulebook for the latest edition of the Origins Hall of Fame RPG Paranoia. It includes everything you need to play, except for players because the stupid EU somehow thinks shipping shrink-wrapped gamers is somehow a problem.
So let’s take a look at some of elements of the rulebook which, according to the Kickstarter, will be available……

I can confirm that the introduction does indeed have lots and lots of words, I can also confirm that many of these words are both informative (bonus) but also very, very funny (double bonus) as much of the intro takes the form of a brilliant Q&A format that provides a nice recap for previous players and GM’s while also enticing in more newbies. For example:

“I’m sorry, but that information is not available to Red clearance individuals……… Okay, that makes no sense. What kind of roleplaying game doesn’t want to teach the rules to players?……..This is Paranoia. In this RPG, you do not know if someone is a friend, enemy or potential scapegoat. You do not know how most things work, literally or figuratively. You and your team will be sent on missions to eliminate treason, stop mutant terrorists and generally protect people of all security clearances. In many instances, such missions have a positive survival rate. Just be careful. Loyal citizens can turn traitor at any moment and attack you………Wait, it sounds like this game creates a literal feeling of paranoia in players, not just characters………It is a pleasure seeing a clever citizen not engaging in post-decanting existential screaming. You should not be paranoid. This is a utopia and you have been kindly given everything you need to be a productive, joyful member of society. Please note that you should be paranoid, as anyone, including you, could be a commie, a mutant or a traitor. Remember the old wisdom: Snitch on them before they snitch on you.”

Rules designed to create fear, ignorance and paranoia in players (not just characters) like a good horror movie does. Only with 200% more laughter.

Arguably, the genius of Paranoia (and the ‘Perfect Edition’ highlights this perfectly) is to highlight the creators mantra that ultimately people play games for fun, the philosophy is as simple as that. Here, it is the responsibility, nay, the sworn promise, for the GM to bend, break or openly mock any rule if it gets in the way of everyone having a great time. Paranoia Perfect Edition puts the players before the rules, and not the other way round as a number of RPG’s do. The game tries at all times to not take itself too seriously – and this is more than apparent in the style and layout of the new book. The writers proudly proclaim that ”We have also replaced pretension with a lack of writing skills”…..of course that’s nonsense. The writing throughout is clear and entertaining and clearly a labour of love.

Over the years, there have been several editions of the game, from the 1st edition published back in 1984 to the Red Clearance Edition published by Mongoose Publishing in 2017. However, newbies to the world of Paranoia , don’t be afraid that joining the throngs of we fellow troubleshooters is something to be wary of……because quite simply players in Paranoia do not need to know any rules. Troubleshooters are regularly kept
in the dark so much it is like they are in a room with Black 3.0 paint on all sides, so keeping players in the dark about the rules fits the game’s theme. In other words, speaking from experience the core mechanics of the game of easily picked up for newcomers – even if your something of a certifiable idiot like myself.

So I would see Paranoid: The Perfect Edition as not only good for less experienced players of the game, but an excellent resource for more experienced players and particularly GM’s. The primary audience for this book is the Gamemaster (GM). GMs are enlightened despots for the games they run (I am a certifiable despot).

An original mission titled ‘Arbitrary Justice’ where the PCs have to sentence criminals without knowing what they did. Criminals facing a death sentence will be completely honest, right? This comes with notes to the GM for learning the rules while running the game.

This was perhaps the part of the new book that I was most excited to see…..and I was hoping to say boy was it worth it (that’s not a question, but a bone fide statement of clear excitement btw). However, as mentioned earlier, the preview we were sent is still in the completion stages and includes a large proportion of the first two chapters – chapter 1: Introduction & chapter 2: The Rules.

The 3rd chapter (The Setting) and chapter 4 (Missions) are still in the process of completion, so sadly Mr Notoriously Impatient here will have to hold on for some time yet. Though included was one part of Chapter 3 was the ‘Top 5 Lists for Alpha Complex’ – a hugely entertaining section, especially the Top 5 Alpha Complex Shows for Red Clearance, Top 5 Approved Jokes in Alpha Complex and Top 5 Jokes Banned In Alpha Complex.

And yes – that was a hint to send the completed version to my eager hands asap! 🙂

This new book perfectly encapsulates the appeal of the Paranoid RPG. The stunning artwork and written details is easily accessible and easy to navigate as it highlights the themes and experiences that can be explored as you call in favours from treasonous friends, press people’s buttons and make other players fail so you look like a champ. Hey, I haven’t got where I have today in life by not using and abusing the original hard work of others!

The Perfect Edition Kickstarter can be found at https://www.kickstarter.com/projects/1990654819/paranoia-rpg-the-perfect-edition?ref=9uhuuh&token=49816f89

Also, here are all of the Mongoose Publishing social media links: https://linktr.ee/mongoosepublishing 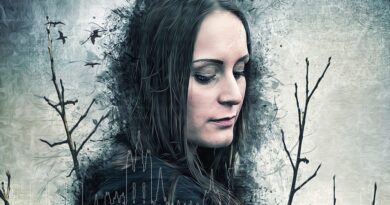 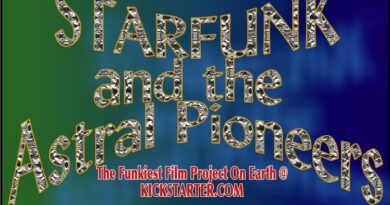