If the speed of Will Smith’s comeback comes as any surprise, a new survey gauging U.S. consumer attitudes toward the Oscar-winning actor goes a long way toward explaining why.

With Smith back on screens big and small in the lead role of a new movie drawing awards buzz less than a year after slapping Chris Rock at the Academy Awards, he is seeing surprisingly strong pockets of support among young adult fans even as older demographic groups have been much slower to soften their stance on him.

In a survey of 1,517 respondents conducted Dec. 16 by Maru Group/Blue Omnibus, 29% of consumers aged 18-34 reported their perception of Smith became more favorable after the Oscars, compared with 8% favorability among consumers 35-54 and 6% among consumers 55 and over.

The 29% was nearly double the percentage of 18-34s who said their perception of Smith became more unfavorable after the Oscars. Meanwhile, among viewers older than 34, unfavorability levels were at least three or four times greater than those who felt more positively toward Smith.

The goodwill regarding Smith may explain why his slave drama, “Emancipation,” was okayed for early December release  both in theaters and on TVs for Apple TV+ subscribers. Apple was reportedly considering holding the movie for additional time after the smacking Rock. Smith’s lates Q scores plummeted as a result of the controversy.

It’s possible Smith’s post-Oscars conduct helped get him back in the good graces of some consumers. The Maru/Blue Omnibus survey found the 18-34s gave him much higher marks than older moviegoers did for the apologies, interviews etc made as part of his image rehabilitation efforts in 2022.

The endless coverage of Smith in the wake of the Oscars altercation may have also helped drive consumers to “Emancipation.” Thirty percent of viewers 18-34 said Smith’s conduct with Rock before taking the stage again to accept lead actor for “King Richard” made them more interested in seeing him star in a movie — three times the amount of 35+ viewers who said same.

It’s not as if Smith had some built-in advantage with younger audiences prior to the Oscars incident. All demographics reported having roughly the same level of favorable perception toward the actor before he slapped Smith.

While “Emancipation” has gotten mixed reviews and its limited theatrical run yielded modest returns at the box office, Apple professed to be satisfied with the audience levels on its streaming service. While Smith is eligible for an Oscar nomination, he will not be able to attend the 2023 ceremony due to a 10-year ban the Academy imposed on him after the slapping incident. 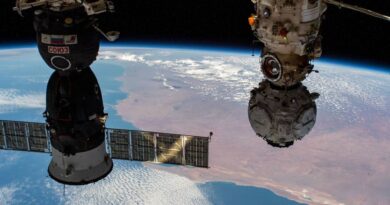 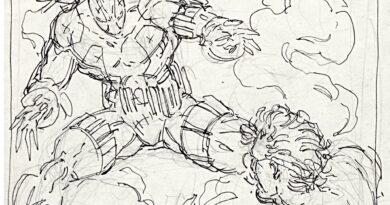 The Birth of Deadpool: Ultra-Rare ‘Merc with a Mouth’ Art Set For Auction