AMC announced today that Olivia Munn (“The Newsroom,” “X-Men: Apocalypse,” “Six”), Danny Ramirez (“The Falcon & The Winter Soldier”), Loan Chabanol (“Fading Gigolo”), Embeth Davidtz (“Old,” “Ray Donovan”) and Jessie T. Usher (“Shaft,” “The Boys”) have joined the cast of “Tales of the Walking Dead,” the highly anticipated new series in the expanding the Walking Dead Universe. The AMC Studios-produced episodic anthology consists of six original, standalone stories focused on both new and established characters within the walker apocalypse. “Tales” is executive produced by Scott M. Gimple, chief content officer of the Walking Dead Universe, and showrunner Channing Powell, who has been a writer and producer on “The Walking Dead” and “Fear the Walking Dead,” and debuts this summer on AMC and AMC+.

“Olivia, Danny, Loan, Embeth, and Jessie are the latest massive talents that will bring new worlds of TWD to life with big, daring, different, emotional, shocking, scary, and crazy stories. We’re excited for them to come walk with us,” said Gimple.

Added Powell, “Somehow we have lucked into the greatest cast – Olivia, Jessie, Embeth, Danny, Loan… We’ve been hoping these episodes will feel like unique, little films and with this range of actors, we are well on our way.”

Munn most recently starred in “Violet,” a critically acclaimed indie drama written and directed by Justine Bateman. She also starred in Netflix romantic comedy “Love, Wedding, Repeat” and crime thriller “The Gateway.” Her voiceover roles this past year include Marvel’s “Hit-Monkey,” Netflix’s “America: The Motion Picture,” and short film “Save Ralph.” In 2019, Munn starred in STARZ series “The Rook” and in 20th Century Fox’s “The Predator” opposite Keegan-Michael Key and Sterling K. Brown. In 2018, she appeared in the critically acclaimed second season of HISTORY series “SIX,” where she played ‘Gina,’ a ruthless and smart CIA operative.
In 2017, she voiced the role of ‘Koko’ in “The LEGO Ninjago Movie.” She also starred in “Office Christmas Party” alongside Jason Bateman and Jennifer Aniston, “X-Men: Apocalypse” as ‘Psylocke,’ and Universal’s “Ride Along 2” with Kevin Hart and Ice Cube. From 2012-2014, Munn starred as ‘Sloan Sabbith’ on Aaron Sorkin’s hit HBO political drama “The Newsroom.” Variety recognized Munn as the “2014 Breakthrough Actress” winner at the Variety Breakthrough of the Year Awards. Her other film credits include “Mortdecai,” “Deliver Us From Evil,” “Magic Mike” and “Iron Man 2.” She had an arc on FOX’s Golden Globe and Emmy-nominated comedy “The New Girl” and appeared in the Emmy-winning Showtime environmental documentary series “Years of Living Dangerously” from James Cameron and Jerry Weintraub. She is repped by CAA and Atlas Artists.

Ramirez will star in the 20th Century Studios for Hulu suspense/thriller “No Exit,” produced by “The Queens Gambit” co-creator, Scott Frank. The film is based on the best-selling novel of the same name by Taylor Adams, which will premiere on February 25. The film tells the story of a college student stuck with a group of people at a mountain rest stop during a blizzard. Things take a turn for the dangerous when the young woman discovers a kidnapped child in a car belonging to one of the people inside, setting in motion a terrifying life-or-death struggle to discover who among them is the kidnapper. Last year, Ramirez starred in Disney+/Marvel’s massively successful, “The Falcon & The Winter Soldier,” as ‘Joaquin Torres.’ He will next star opposite Tom Cruise in Paramount’s highly anticipated “Top Gun: Maverick,” which will release May 27 and Netflix’s dual timeline drama, “Plus/Minus” opposite Lili Reinhart. In addition, Ramirez just completed filming “The Stars at Noon” for director Clair Denis opposite Joe Alwyn and Margaret Qualley. Ramirez is repped by CAA, Anonymous Content, Viewpoint and Hansen, Jacobson, Teller, Hoberman, Newman, Warren, Richman, Rush, Kaller & Gellman.

Chabanol was born in Paris, France, and is of Vietnamese, German and Italian descent. She starred in John Turturro’s comedy, “Fading Gigolo,” alongside Woody Allen and Turturro. Soon after, Chabanol was cast in “Third Person,” a romantic drama written and directed by Paul Haggis. She can also be seen in “The Transporter Refueled,” produced by Luc Besson. She is repped by Buchwald.

Usher recently co-starred in “Shaft,” written by Kenya Barris and directed by Tim Story. He stars in the titular role of ‘JJ Shaft’ opposite Samuel L. Jackson and Richard Roundtree. The film is produced by Ira Napoliello and John Davis and released this summer. He will also appear in George Nolfi’s upcoming film, “The Banker,” opposite Samuel L. Jackson and Anthony Mackie. Additionally, Usher co-starred in Roland Emmerich’s “Independence Day: Resurgence,” alongside Jeff Goldblum, Liam Hemsworth, and Vivica Fox, and filmed the Universal feature “Almost Christmas” co-starring Gabrielle Union, Danny Glover, and Mo’Nique. Usher was the lead of LeBron James’ hit series “Survivor’s Remorse” for STARZ, which follows ‘Cam Calloway’, a basketball phenomenon. Most recently, he wrapped shooting Netflix’s “Windfall,” starring alongside Camila Mendes. Currently, he can be seen in Seth Rogen and Evan Goldberg’s Amazon series “The Boys,” which premiered at the Tribeca Film Festival. Soon he will be seen in “Something’s Wrong with Rose” for Paramount Players. He is repped by Zach Kaplan, Jessica DiBiase, Trey Cannon and Judith Usher. 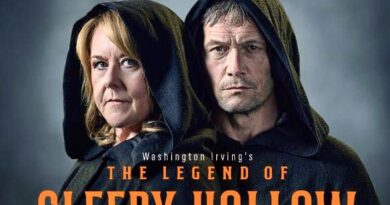 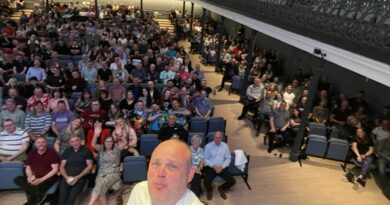 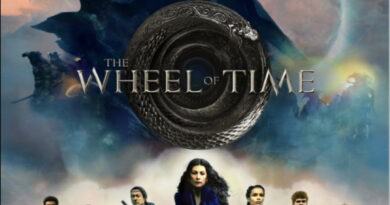 The Wheel of Time: More Details for S3 + Behind The Scenes Reel for S2