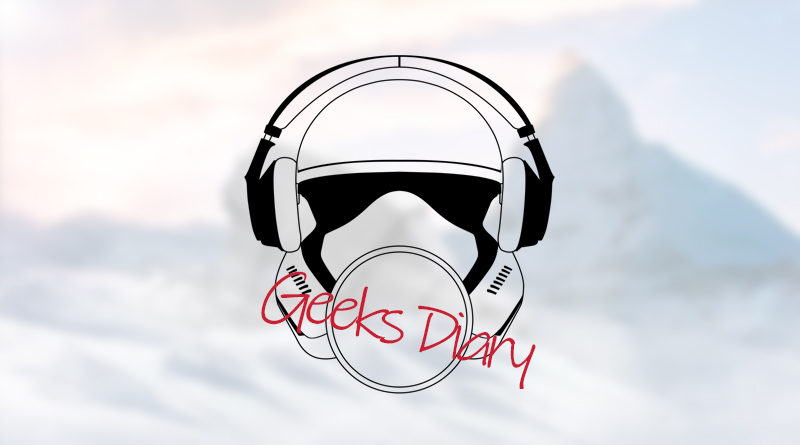 In the latest 5D episode we gave our opinion on the final (for now) instalment in the Star Wars movie series – The Rise of Skywalker. If you listen the wonderful presentation by myself and co-host Zack you will notice that we, er, had slightly mixed views about the film. Let’s just say for now that we liked some of it……but not all of it……. and some of it not at all.

In addition there was chat about Zack finally catching the excellent Netflix series, Unbelievable. Even though he quite categorically denied ever hearing me advise him to watch it sometime again. If all that wasn’t enough, well there’s some chat about AI in movies & much more! (By ‘much more’ I mean lots of coughing by me……I’m not well you know).

We always love to hear (I know, I’m very needy) from the foolhardy souls who listen to the podcast so send any views, comments, criticisms, dislikes or outright proclamations of love and adoration to us via the the contact page here on the 5D website.

This episode of the 5D Podcast was sponsored by Avatier – you can find out much more about this Identity Management Company at www.avatier.com

8th Jan: Christine – I quite forgot how beautiful you were…..

I was sick ( I still am) and the cough that was splitting apart my throat and rib cage was keeping me awake….It was late……I was channel surfing (or whatever it’s called these days – maybe it’s still called that?). I chanced upon a movie that I hadn’t seen in forever, Christine (1983).

Holy moly, I’d forgotten just how magnificent this film is – It has it all, charm, humour, a beautiful soundtrack, a healthy dollop of sinister horror plus a bone fide mad-as-a-box-of-frogs performance by Keith Gordon. What the hell happened to him? I remember him from Jaws 2 and then this, but little else springs to mind. I can remember at the time that he in my mind was destined to be something of an acting powerhouse….and then little since.

Ok, forget the above…… I’ve just had a look-see at his career…..he left acting in the late ‘80’s to become a very successful director and producer. That’s right, Gordon……make me look like a fool – don’t get big headed though my friend, you wouldn’t be the first to make me look stupid. There’s a list…..a very long list.

Talking about mad-as-a-box-of-frogs actors/performances (see above), my long-suffering 5D Podcast co-host Zack pinged me a link to a newspaper piece about Christian Bale returning to the comic book movie universe. Yes that’s correct – the second best ever Batman ) after Michael Keaton, is returning, though this time to the Marvel universe. The rumours are that he is due to appear in the upcoming Thor: Love and Thunder and is rumoured to play Thor’s uncle Cul, otherwise known as the god of fear. All I can say is …….. YES!!!!!

The emails after the Christmas and New year holiday break are starting to come thick and fast. So I’m very excited so say that we’ll soon holding in our eager little hands a couple of Blu-Ray copies of the brilliant bonkers series Britannia S2 which recently Aired on Sky.

If that wasn’t enough the final trailer for the upcoming Birds of Prey movie aired today. So I feel at this point we should take a moment to say thanks To the Universe for Harley Quinn herself, Margot Robbie …………………………..ahem, is it getting warm in here? Anyhoo…..the trailer is suitably excellent and looks ready to make up for the huge disappointment that was The Suicide Squad. I’m certainly looking forward to February when the movie is released. I’m sure that this will be a future podcast discussion – we may even discuss other things than Margot Robbie.

Once again, a little late night channel surfing when I happened upon an old TV series from my childhood in the form of Planet of the Apes (1974). Now, being many, many years since I had seen an episode I was keen to see whether it stood up to my memories. Well, no as it happened, it didn’t.

The history of missed opportunities is littered with the debris of tattered decisions; The man from Decca records who decided against signing The Beatles and Al Pacino turning down the role of Han Solo in that little Star Wars thingy film are just two that spring to mind. Another contender for for the mantle of missed opportunities would be me missing a small friends get-together some years ago. Instead I decided to stay at home and watch an episode of Doctor Who with a couple of beers – alone. Unfortunately, little did I know that a certain woman (with the body of a goddess) who I was VERY interested in at the time had decided that I was, in her own words I later found out, “going to well and truly get ‘it’ that evening”. I didn’t go. I didn’t get ‘it’.

If there was ever a television series that well and truly blew the chance to capitalise on the current cultural zeitgeist of the time, then the 1974 Planet of the Apes would quite probably win the top prize for missed opportunities. Instead of going in the direction of a couple of scripts provided by a certain Rod Serling the producers played it safe with a ‘how do we escape from the Apes this week approach?’. Man, it was a boring disappointment, such a waste. I was devastated back in the day as an eight year old hearing that the series had been cancelled mid-way through it’s first series. After all, back in the mid-1970’s any sort of sci-fi on TV was something of a rarity, so we grabbed what we could. However, after the episode the other night, well I can now understand why the series bit the dust.

Mind you, thinking about it……TV PRODUCERS; “Let’s show you how to mess up Planet of the Apes!”……….MARK WAHLBERG; “Hold my beer!”

If you want to keep in touch with all the 5D goings-on then simply click on the box below next to the ‘NOTIFY ME OF FOLLOW-UP COMMENTS BY EMAIL’. Any future updates on the 5D website will then automatically head your way! 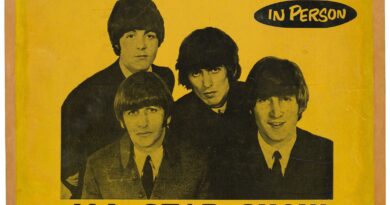 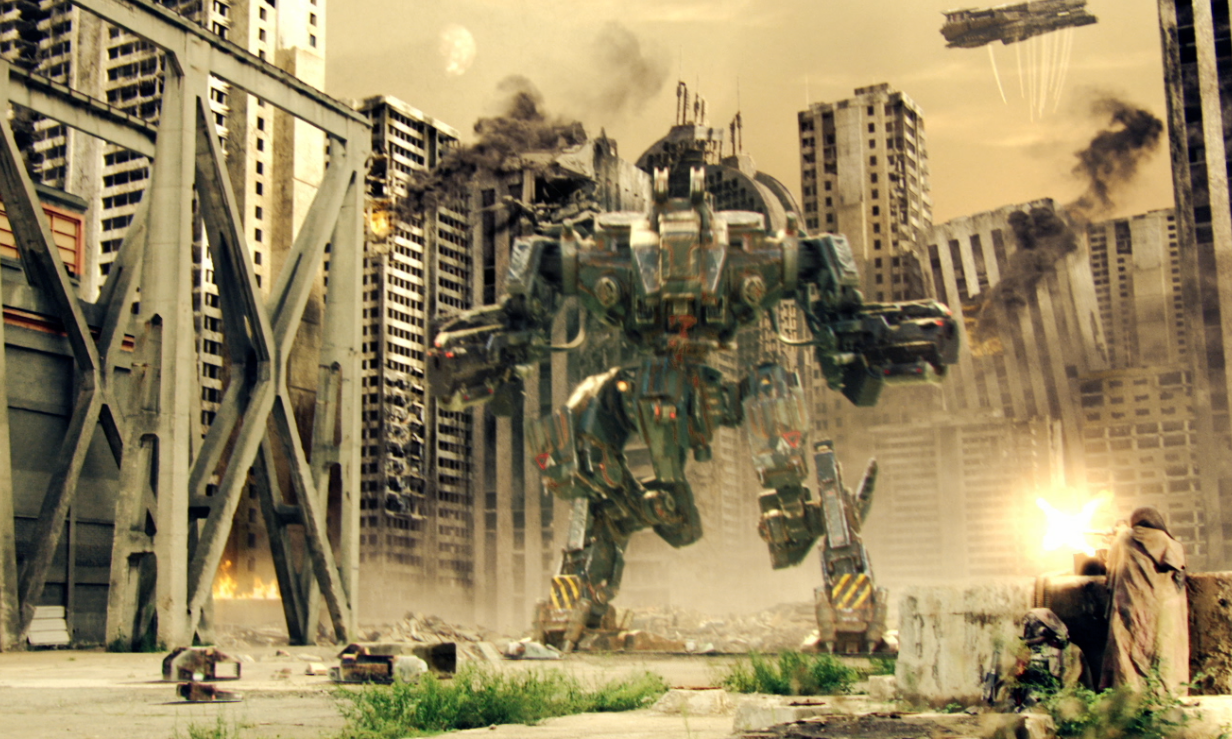 A review of 2047 : Virtual Revolution 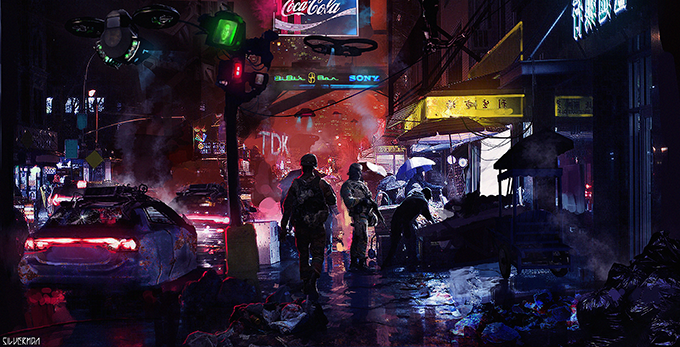