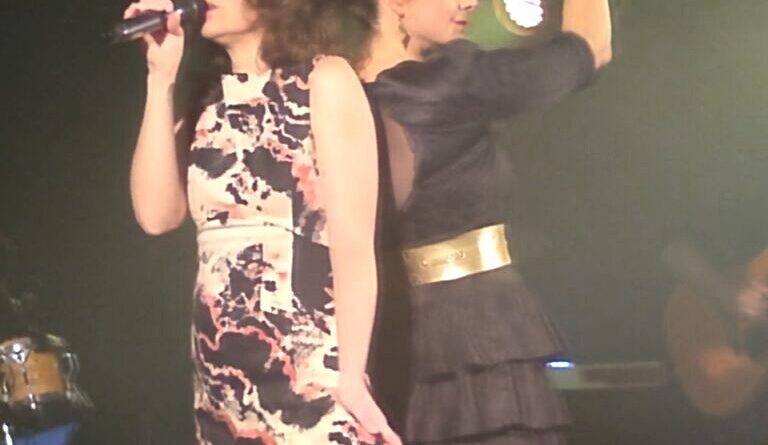 The Black Lilys are a brother and sister from France, although eventually she admitted she moved to Edinburgh 2 years ago and although her heart is still in France with her family, her soul belongs here and she loves Scotland. She even tried to speak some Scot for us: “furry boots” and “ken”. Bless her for trying, and at least the Aberdonian in Glasgow the night before had given her the correct meaning!
Their songs were mostly him on guitar and her on vocals and electronics. For one song they swapped position and he played keyboard whilst she sang, a lovely song their Mum used to sing to them when they were young.

They had a wonderful togetherness and played easily together, obviously well practised together and happy to perform together again.
After a short interval the lights went down and a torch was shone from the stage across the crowd, everyone turned to see what was being lit up and there was a few moments of confused heads turning to and fro before two ladies appeared in it, singing as they moved through the crowd.  They stopped in the middle of the floor and sang a little more of Fade to Grey in the spotlight, before continuing forward (right past me *squeal*!) and onto the stage.

Nouvelle Vague had arrived in Aberdeen to an adoring crowd, some of whom had waited for this moment for 16 years.  Their set was not just a concert, not just a band playing – there were theatrics and entertainment.  However they were no less talented musicians for this distraction, in fact it was an addition to the songs, making them their own, rather than anything negative.  The band is made up of two female singers and three male musicians – drummer, guitarist and keyboard player.

They are described as “a French cover band” and sure enough they did some classic songs such as Road to Nowhere, Teenage Kicks and Ever Fallen in Love.  They also did some of their own, including Too Drunk – a personal favourite.  The girls started this one by swigging from wine glasses and then started to act as drunk as the song suggests, moving or swaying to the song.  By the end they had us singing along with the main lyrics of Too Drunk, Too Drunk to…

Each of the ladies had songs they took the lead on, although many were done together, and again they were perfectly synchronised together, well practised and brilliantly choreographed.  Mélanie Pain seemed to take the lead most of the time and Phoebe Killdeer did a wonderful version of Bauhaus’ Bela Lugosi’s Dead.

There was much shouting and clapping when they left the stage, but luckily they came back on for another three songs. They ended with Modern English’s song I Melt With You which was just fabulous.

The whole evening was a fabulous experience, such a performance from some very talented artists – who were also lovely people happy to chat to their adoring fans after the show and sign anything at the merchandise stand.  If you get the chance to see them, grab it! 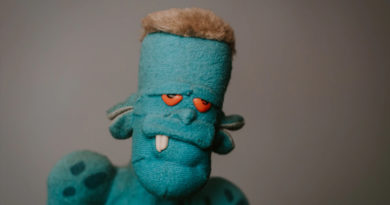 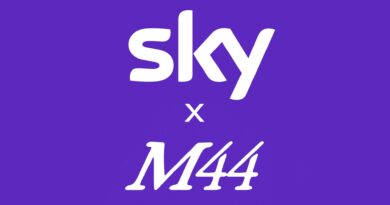