As a man of a certain age (behave) cultural phenomenons such as The Rocky Horror Picture Show have played a huge part of my pop culture life for longer than I care to remember. Well, if I’m to be brutally honest (there’s a first time for everything), when it comes to this particular show I can certainly remember the very first time I was bitten by the genius of Richard O’Brien…..It was 1985. I must have been around 18 when, one Friday night after a rather forgetful evening out on the town with my buddies, I returned home early around 11-ish with a Fish supper in hand and an urge to find something worthwhile to watch on TV. Yes that’s correct – my late teenage years were nothing short of a blitzkrieg Rock & Roll life-on-the-edge type of existence. I knew how to live all right.

I had of course heard of The Rocky Horror Picture show before this point, but I’d never seen it. However seeing the cinematic version the first time as it was hidden away on that late Friday evening (the UK televison premier no less!), we’ll its impact was immediate. The first thing that hit me was the music……then the story……then the crazy unashamedly wonderful filth of it. My god, it was almost a religious experience, it was certainly love and lust at first sight, so much so it led to an obsession with the soundtrack and a subsequent stage show visit in London a year or so later. And yes, I did dress up. My Riff Raff was glorious.

So when the chance of press passes became a possibility, thanks to the good people at Aberdeen Performing Arts, I naturally jumped at the chance. Actually, if truth be told I told 5D music & theatre writer, Maria Robertson, that I was prepared to thumb wrestle for the chance to see the show and write the review. She quickly relented with the lame excuse that she already had another engagement that night….but I knew the real reason – I’m the boss and she was scared of a thumb wrestling humiliation. Yup.

The first part of the evening prior to the start of the show was spent looking at the various members of the audience who had come dressed as their favourite Rocky character. And while that sentence may read a little creepier than it was intended, I have no regrets – because many of the outfits were stunning….. though unlike my previous outing to the stage show all those years ago there seemed to be fewer Frank N Furters and far more Columbias & Magentas. Not that I’m complaining.
And as for the legendary Rocky audience participation – well that didn’t disappoint either! Aberdeen, I was proud of you!

So what about the actual subject of this review, the current stage manifestation of The Rocky Horror Picture Show? Well, spoiler alert…… it’s an unadulterated triumph, simple as that. The cast are glorious – both in their depiction of the main characters but also in the way they capture the essence of the delightful range of musical numbers. One of the great aspects of long established shows such as this is that they retain the essences of the original cultural and musical references that originally drove Richard O’Brien to creat his raucous and rude homage to pop culture excess. Yet there is still room for a minor contemporary twist to the themes and music.

I’m sure there are people out there who would know just how many variations on the stage productions there have been in its gloriously naughty existence – it must by now be in the high hundreds. It would be all too easy to fall back on some of the more famous interpretations of the main roles, but the beauty of this production was the slight different nuances and interpretations that the main cast bring to their performance. In other words, deliciously familiar yet they’ve made the parts their own.

The cast without fail are excellent, I genuinely mean that. However it is safe to say that the central roles here of the Narrator and Frank N Furter (arguably the essential roles of any production on which the show can rise or fall) are quite simply spectacular.

Stephen Webb as Frank N Furter is the perfect strutting and decadent creature that the show deserves, combining perfect comedic delivery as well as belting out in true Frank N Furter manner the musical classics throughout – the man has some seriously good pipes! I also love the fact that he avoids the classic temptation in terms of accent by avoiding the classic clipped Englishness of Tim Curry to employ a brilliant southern American drawl to much of his delivery. When he’s on stage he owns it.

The cinematic version of the narrator, played by Charles Gray, is always the true benchmark – but I will go as far as to say that Philip Franks’s performance is even better. I know that this may sound as pure hyperbole, but his mixture of ad-libbing responses to the audience and his delivery of the text is bordering on genius. Thrown in by him for good measure are a plethora of contemporary and hilarious references to Boris Johnson, Marie Le Pen and local areas of Aberdeen. Oh, and as for his comments about the options available to us in the interval – well, I may never think about the possible alternatives to ice cream in the same way ever again.

To repeat myself – the cast bar none are excellent throughout. Ore Oduba & Haley Flaherty as Brad & Janet are wonderful…..in fact, the whole ensemble; Joe Allen as Eddie/Dr. Scott, Lauren Ingram as Columbia, Kristian Lavercombe as Riff Raff, Suzie McAdam as Usherette/Magenta and Ben Westhead as Rocky are all fabulous.

If you ever want to see a rollickingly saucy and energetic version of The Rocky Horror Show , complete with a stunning visual stage production and incredible musical accompaniment, then take the opportunity of seeing this one. You won’t be disappointed……after all. It’s just a jump to the left…..

His Majesty’s Theatre hosts this until Saturday.
For tickets and more information for the Aberdeen show, visit aberdeenperformingarts.com
Visit https://www.rockyhorror.co.uk/ for details of the rest of the Tour

Stranger Things: The Experience Brings the Upside Down to New York City This Spring 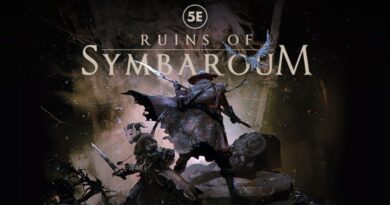